What happens to unclaimed bodies in public city mortuaries 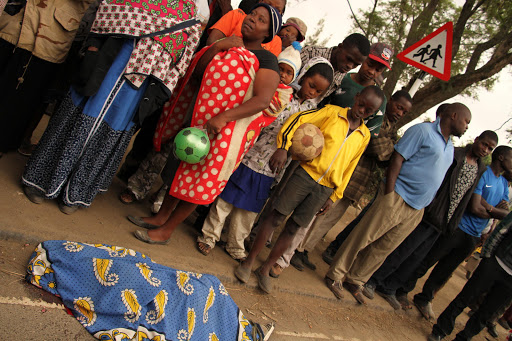 You will be surprised to learn that City Mortuary receives more than 10 bodies daily, most of which have decomposed.

The 63-year-old morgue located on the junction of Ngong’ Road and Mbagathi Way should handle 176 bodies. However, it currently holds more than 300 corpses.

With about 28 attendants and eight clerical officers, its employees say they are overstretched.

“We find that the police bring in decomposed bodies that have been discovered from houses after a while," an employee speaking on condition of anonymity told the Star. "In other cases, you find the body had been missing for days and later recovered from a river or forest."

They can’t turn away those who take bodies to the facility, even when the numbers are overwhelming.

“Many people prefer the mortuary because it is the cheapest in the city, and private facilities rarely admit bodies in worse conditions,” he said.

The unclaimed bodies, therefore, pile up.

The situation has been aggravated by delays by police to identify bodies, particularly at City Mortuary, and the financial inability of many families to bury their relatives. At KNH, the majority of unclaimed bodies are still-born and abortion cases. The mothers promise to return to collect the bodies but never do so.

This s what the law says about unclaimed bodies. Rule 3(a) of Legal Notice No. 205, Public Health Act Cap 242 of 1991, says no person should keep a body in a public mortuary for more than 10 days.

City Mortuary holds bodies for up to three months before disposal.

A week before the disposal, KNH usually lists names of those affected on its notice board. In the case of children, especially those under two months, many families opt for mass burial by City Council, rather than spending money on funeral expenses.

Public mortuaries are also allowed to give unclaimed bodies to universities for teaching and research purposes.

An unidentified body is that found in a public place, where its identity cannot be established, except for its sex and approximate age. It may be intact or mutilated.

Under the law, the police are expected to take the deceased's fingerprints to the identification bureau. Detailed information on the person’s origin, as recorded in his or her identity card, is retrieved.

An officer then informs the police station or post nearest the dead person's place of birth or residence, as indicated in the ID.

The police station passes the information to the local sub-chief or chief, who then informs the deceased’s family. This makes it possible for the family to trace and collect the body.

On the other hand, Mbagathi Hospital has 97 unidentified and unclaimed bodies. It has appealed for the collection of the 56 male and 41 female bodies.

The bodies have been unclaimed since April 2017, when the morgue received 12 bodies. Seventy bodies were delivered in 2018 and 15 more this year.

Back in 2006, City Mortuary and Kenyatta National Hospital Mortuary raised concerns than many bodies lay unclaimed over long periods of time.

Both mortuaries disposed of more than 1,500 unclaimed bodies in a span of five months. They lost Sh5 million in mortuary fees.

Meanwhile, services at Naivasha sub-county hospital mortuary have been overstretched due to a sharp rise in the number of unclaimed bodies.

Already there are twenty unclaimed bodies in the facility whose capacity is twenty a move that has adversely affected its operations.

According to a source from the department of public health, they were making plans to dispose the bodies in a public cemetery in Longonot area.

“Five months ago we disposed 15 bodies and we have embarked on a similar process which involves getting a court order,” said the worker who is not authorized to speak to the press.