'He fell down while on vacation,' Wife narrates death of billionaire Reginald Mengi 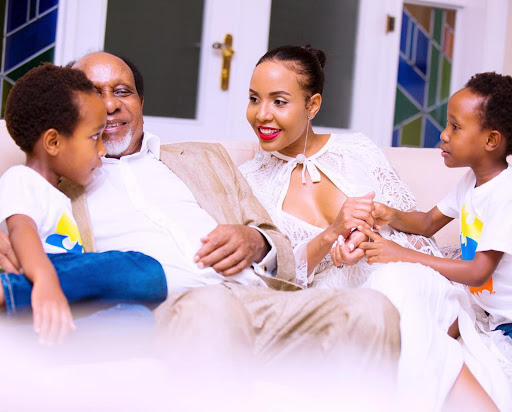 "We were in a Dubai hotel with the children and my husband suddenly fell down.  We asked the hotel to get us the best hospital, his elder daughter and his brother Benjamin came to the hospital."

Previously we had gone to Zanzibar but my husband decided we should go to Dubai for the kids to have fun before they went back to school. it was his idea.

She said that after his death, she was accused of killing him;

After his death, a lot was said at home and one of the things was, that I killed my husband. The Tanzanian ambassador of UAE was helping us process the body told Mengi's younger brother, Benjamin, that it is very dangerous for people to make such claims and because Mengi was a public figure, he asked Benjamin to clear the air with the media. To say the truth.

When he went back to Tanzania, he didn't say anything and that really hurt me.

Mengi left his will which his brother but he wasn't pleased with what was in it, thus he instituted a court case opposing it.

After the will was read, Benjamin and Mengi's elder child went to oppose the will of my husband.

There is a lot of wealth for everyone to live well, and the one who worked hard for it is no more and we will not go with this wealth to the grave either.

Jacqueline wants family members involved in the case to stop painting her husband's name in bad light and to let him rest in peace.