'She was my wife's best friend,' Dan Sonko on how he met current lover Bwire 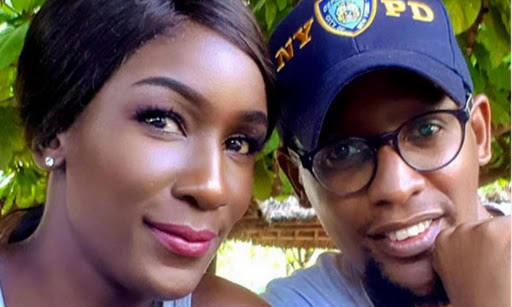 Mombasa based actor Dan Sonko has for the first time spoken after moving on with another woman following his wife's death.

His wife passed away in 2017 after giving birth to their second-born child.

Dan is currently dating a fellow actor Winfred Bwire and she revealed that they were friends before he met his wife Dru.

[I knew Dan through the acting industry and his wife (Dru) was my best friend. He didn't move on fast after losing her. I don't think I've betrayed her because when she was still alive I never had any romantic relationship with her husband. I also never thought he would be my lover at any point in life because he had a family at that time],' she said in an interview with Massawe Japanni.

The father of two also revealed that he took off his wedding ring months after Dru passed on to start a relationship with Bwire and have been together for five months now.

The actress also said that she's in good terms with Dan's children.

Uhusiano wangu na watoto wa Dan uko sawa kwa maana kifungua mimba tulikuwa marafiki sana [My relationship with his kids is good and his firstborn knew me from way back]' she said.

Dan huwa anamkumbuka mkewe lakini huwa nampa himizo [Dan keeps on thinking about his wife but I comfort him].

Dan Sonko stated that he was the one who made a move on Winfred and it took time for her to accept his request.