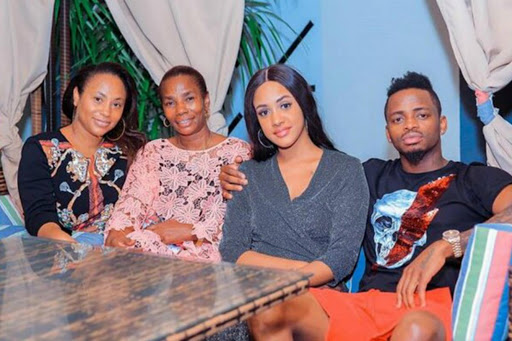 Diamond Platnumz' family have always supported the women he dates only for them to turn around and interfere.

From Wema Sepetu, Hamisa Mobetto to Zari Hassan, Chibu's family showered all the women he dated with love until things fell apart.

After that, they never stood by them.

Recently, Diamond Platnumz released a hit single titled Gere featuring his current baby mama, Tanasha.
In it, he confesses that his mother advised him to settle down with her.

In part of lyrics, he says,

Hamisa became the Tanzanian crooner family's favorite after she got pregnant for him but at some point, she fell out with them. She later was beaten by the singer's mother.

The singer's mother further revealed that Hamisa insulted her during an interview with a local media house and she was hurt.

Mama Dangote claimed she was trolled on social media and was unhappy.