'It shall be well babe,' Leaked last conversation between officer Kenei and his wife before he died 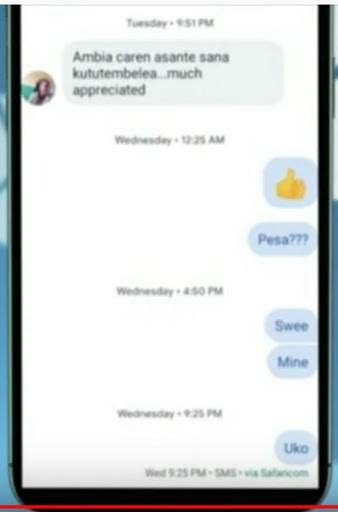 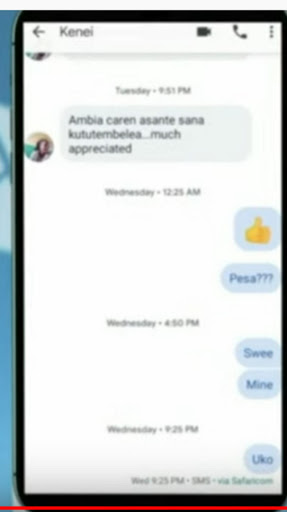 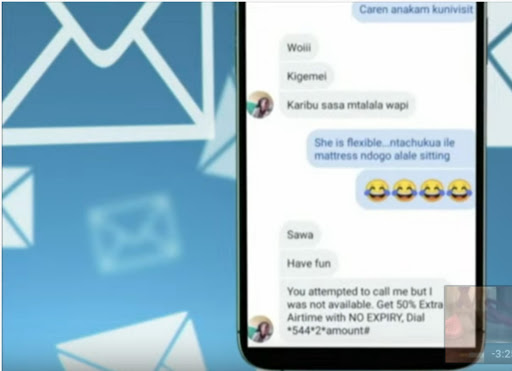 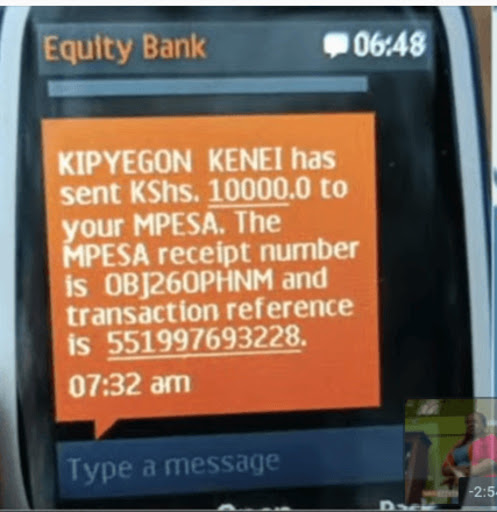 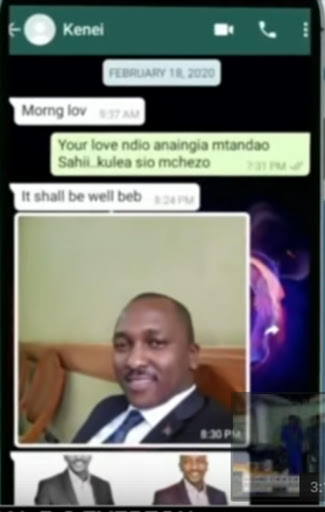 Screenshots of the last conversation of a police officer attached to DP Ruto’s office Sergent Kenei and his wife Judith have leaked.

The father of two was found dead on February 20, 2020, at his house in Imara Daima’s Franca Villa estate a few days after visiting his family in Nakuru county.

In screenshots shared by Citizen TV, Kenei and Judith had normal conversations.

On February 18, two days before he died, the police officer texted his wife in the morning.

She responded a few minutes later and her text read,

He responded telling her,

It shall be well babe.

Later in the afternoon, Judith informed her husband of a relative identified as Caren, who had visited their home.

19 minutes to 10 pm that night, Kenei and his wife had a phone conversation that lasted for 53 seconds and after the call, he sent a message saying.

On Wednesday, 21 February a few minutes past midnight, the mother of two received Sh35,000 from her husband's Equity account. She sent question marks asking if her money was hers but he never responded.

His social media accounts including Facebook and WhatsApp had been deleted during this time.

At 7:32 am Wednesday Kenei's father received Ksh10,000, which they said was unusual before he went off the radar.

The same day at 9:25 pm Judith texted her hubby asking 'Uko (where are you)?' but she was met with a radio silence.

The 33-year-old cop was on duty when the Sh39 billion fake military arms deal was being signed by former Sports CS Rashid Echesa and two businessmen.

He was the key witness.

According to the family, they knew about their loved one's death through the media on Thursday evening.

IT IS PAINFUL OUR CHILD WAS KILLED LIKE THAT, I WISH THERE WAS MORE CONSIDERATION TO NOTIFY US FIRST BEFORE TAKING IT TO THE MEDIA,' the officer's father told journalists at his Nakuru home.