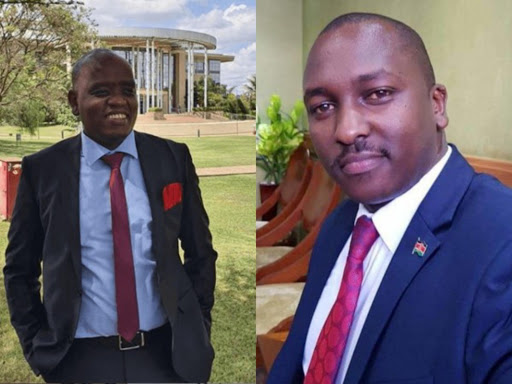 Dennis Itumbi has narrated his interactions with slain officer SGT Kipygeon Kenei who was attached to Harambee House Annex.

'In the call of duty, you interact and meet with many people. SGT. Kipyegon Kenei, was one of those great people.

A fine gentleman. You would not fail to notice him, ever sharply dressed, great suits and Patriotic to a fault.

We spoke many times, after my arrest he told me, " Gold, is refined by fire," adding, " The fire is done, now it is time to stand out, you just needed to sustain the heat and you have done your part"

'He had the Kenyan flag badge on his coat.

One day, mine was upside down and I was in a hurry to meet someone, he rushed after me and asked for my permission to fix the badge on my coat

One day, I told him I was uncomfortable with the reference as Sir and his response, " I hear you sir" - I gave up insisting.

A great guy by all means.'

'I pray for his family and friends, that God may strengthen them and provide them with peace and deep comfort.

He spoke very few times, but was always pleasant.

You would not miss his presence, because as they say in the street, " Suti zilimkubali"

Tonight, I mourn a friend and a cop who loved what he did.

You made life a smile. You really did.