'He forced me to eat his poop,' Ex slay queen narrates horrible experience with sponsors 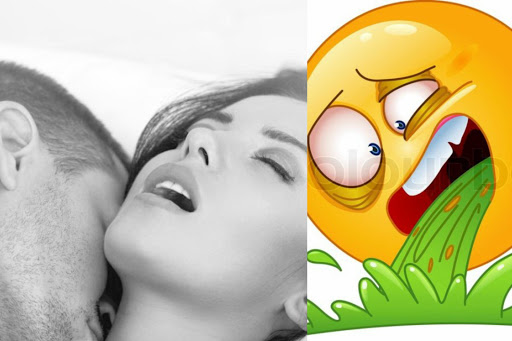 A former slay queen has narrated horrible things she went through in search of a better lifestyle.

She explained how she was envious of her friend's lifestyle and was introduced into the money making 'business' she now regrets.

The slay queen revealed that they are forced to do horrible things when they travel to foreign countries for 'baecations'. She narrated how she was forced to eat her sponsors' poop and have sex with more than three men a day.

She said she would never envy the lifestyles of Instagram slay quees after the horrible experience.

Below is her story:

'I called out a really good friend of mine for being a Porta-Potty after seeing her on The Dirty, and she admitted everything.

By the way, she is 22, drives a 2011 CL550 and owns a Condo in Newport Beach (not bad for a girl that didn’t even graduate high school) so I wanted the same stuff,' she wrote in part.

I asked her a few months ago about it and she told me when something opens up she will let me know.

Christmas came and she told me that on January 5, there was a trip that she needed 3 girls for. a total of $40K was paid for an ANYTHING goes trip to St Bartz for a weekend. That is more than I make in a year, so I said f*ck it. My girl warned me, she said: “Sh*t gets crazy”… I’m a freak in bed so I love it when sh*t goes crazy.

I was really thinking this is my new gig and this is easy as f*ck. Soon as my STD test came back negative, 4 hours later I had 8K transferred to my account. 3 of it for to get to St. Bartz and the remaining was my “deposit” which is the going rate at 12.5%.

I was so happy… so I get there and as soon as I get to the hotel room, there is a note telling me to be ready for dinner and going on the Yacht for 2 nights and that another 12.5% had been deposited and that I would be received the rest of my money $30k before I step on the plane home. $10K already for NOTHING Nik, I was thanking you.

Next day, we get on a 200-foot yacht… On it is my friend, me and 1 other girl, and 9 Arabian guys. I was starting to doubt what the hell I got into, 6 of them were fat and all of them were so hairy, It was intense. We start drinking to ease the nerves and the guys don’t even pay attention to us or say anything. They just sat there and played board games and smoked cigars.

A few hours later one of their servants comes up and tells us it's time. We all go into separate rooms, the servants tell us to get completely naked and lay on the bed and don’t move. I was beyond f**ked up at the time and a million thoughts were running through my head. 3 of the guys came in the room and all of them were wearing robes, the first guy takes his robe off, makes me get closer to the edge of the bed and then he sticks it in me… 3 to 4 minutes later, he makes this weird yelling noise in Arabian, takes his d*ck out, jumps on the bed and then c*ms all over my face. I tried to wipe it out of my eye and he slaps my hand then slaps me so hard in the face that c*m splatters everywhere and yells at me to not move white b*tch.

So the next two guys take a little longer maybe 7 or 8 minutes and do the same. Now my face is just glazed, I hear all 3 walking out laughing and the servant comes to get me and tells me not to clean my face, takes my hand and walks me to the shower. I thought I was done, NOPE. While in the shower, my 3 guys come back in and literally just start pissing on me… My boyfriend is into Golden Shower’s so it was nothing new for me. They basically cleaned my face off with their pee. 10 minutes later, I finally get to wash off, and that was it.

We sit down after we washed off had a great dinner, drank and did some more blow. Throughout the night, different guys in groups of 1 to 4 would grab us take us in a room and have sex with us.. I wasn’t bad at all.

The next night though, its when it got insane. After all day of out at sea and sex, the servants let us know tonight is the most import night so make sure we look our best. I walked into my sex room and it had plastic all on the bed, I figured they wanted to pee on me on the bed. So this time instead of 3 coming in the room, only 1 does.

He has sex with me, c*ms all over my face again… and then Nik… he pops a squat and sh*ts all over my chest, and he was pushing it out it became really liquify and it got all over my face and in my mouth. I instantly pop up and start throwing up everywhere, he grabs me by my hair slaps me so hard, and tells me he is not finished. But I could not stop throwing up since I had poo in my mouth. With his broke English, he told me if he doesn’t finish then I don’t get paid. Right there and then, I never had missed my boyfriend more. I just wanted him to hold me and cuddle with me… I couldn’t take it.

So all of Sunday, I was secluded from everyone else, fed only once and dropped back off at the dock with everyone. I was notified that I would not get paid my 30K owed due to the fact I didn’t follow through. I don’t even care, I still made 10K, but I just don’t see how these girls can do that. Its like having sex with Chubacca and his pissing and sh*tting on you after.

THIS BUSINESS IS NOT FOR ME, Nik, thanks for getting it in my head that it is ok to be a Porta Potty because its not. I don’t know how these girls do it over and over. Not worth the money or self respect.'

Her confession has left many shocked and below are some of the reactions from social media:

Adwoaloud Osei: People will still give themselves pressure because of what they see on social media. Oh Lord 🤦🏿‍♀️

Reinhard Osikani Hmmm vanity.... she had courage to put it up there

Edem Awusi She should thank God for her life 🙏🏾

Mueni Jace Eeew. I hear that is what Arabs do to the girls. The money is good buy you are crapped on and treated like crap. There is a Kenyan lady who was on TV recently and said one has to be ready to do really bad stuff to get paid that money. And then imagine these guys must be on Drugs coz why do you want to poop on someone, and then sleep with them again.

Andrew Samuka: Slay queens and Facebook boss chics be careful with those solo trips to Dubai and the Islands

Sheila Wetangula Omg I rather die of poverty.chai

Hasia Talata God, after reading this, am trembling

Shinel Ayodeji Men do worse That's the bitter truth so just because its about girls doesn't mean u should act as if u guys are saint.I don't support the act whatever it maybe but that is life.

Gerty Grey What do de men get in shitting on ladies? I don't get