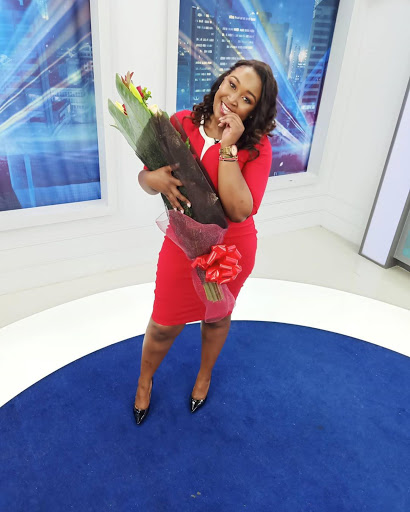 Kenyan men have been advised to reduce the rate at which they gossip and attack women after they attacked Betty Kyallo on social media.

The post was like a practical class on how to 'rusha mawe kwa police station. There and then men started attacking her.

Some comments from the men were bitter like those of a jilted ex, mark you most have not even met Betty in person.

Below are some of the nasty comments from the men

You're here flaunting flowers which have no significance at all! You ought to have convinced him to go to this place where farmers have had bumper harvests ,buy you a sack of maize and grind a gunia ful unga.

Women came to Betty's defense and below are their comments.

Eddah Wanjiru: Vile Siku izi wanaume wanakunjia Betty comment section na matusi. You all thought she is single and disparate until u heard of that Somali guy. Itabidi mzoee.

Lilly Lutta Delissa: Why waste energy hating and criticizing someone who is living to the fullest? Betty keep going mama. I personally love you.

Lilly Lutta Delissa: People are here hating Betty coz of lies from a nanny, my friend, those people can say anything just to spoil your name. Shindeni hapo na negative energy as she moves on with her life. Go mama.

Well my advise to Betty Kyallo is  ' Do You, whether you do good or not people will always find a reason to talk about you.'