'I can buy Jowie flower to send on valentines,' offers Dennis Itumbi 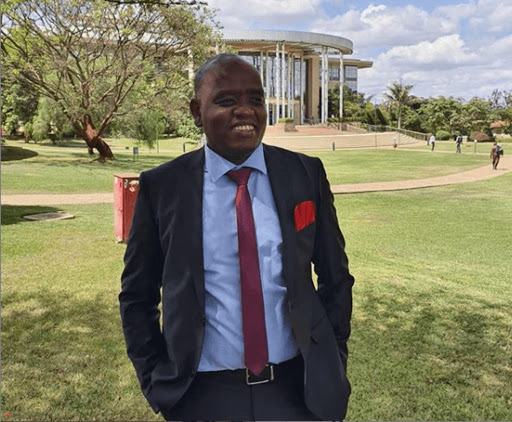 Dennis Itumbi has offered to buy Jacque Maribe's ex, Jowie, flowers to spend to his Valentines after he was released from prison, yesterday, after almost a year and a half.

'Mr Jowie Karibu, enjoy the free world. I know what it means to lose freedom I have been in jail myself and I understand what it feels.

He has been released at a good time, which is valentine's so I wish him a good valentines and may he remember to send flowers.'

'If he has not managed to get enough cash I can offer to buy him some flowers for him to send.'

Itumbi was, however, quick to point that despite Jowie being a free man all he wants is justice for everyone to prevail.

'We continue praying for justice for him, for Jacque Maribe and for the family of the late Monica Kimani.

Justice means, whoever murdered Monicah will be jailed and allowed to rot there.

And for those who did not participate they will be allowed their freedom back.'

Itumbi had yesterday taken to twitter to pen a message to Jowie just hours after he was released on a 2 million cash bail.

“WELCOME TO THE FREE WORLD JOWIE. BEING GRANTED BAIL WAS LONG OVERDUE.

WE WILL CONTINUE PRAYING THAT JUSTICE IS DONE FOR ALL, THE LATE MONICA, JACQUE AND YOURSELF.”