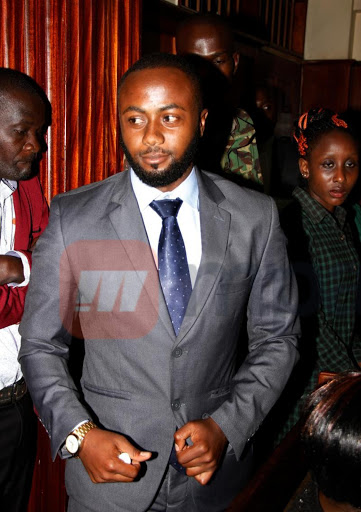 Jowie is the main suspect in the brutal murder of Monicah Kimani. He was granted cash bail of Sh2m or an alternative bond of Sh3m and released on Thursday by a Milimani Law court.

Making the ruling, Justice James Wakiaga said there is no compelling reason to deny the accused bail.

Noting that the circumstances have already changed, Justice Wakiaga said witnesses under witness protection have already testified to his case.

The judge further ruled that the strength of the prosecution case is not a ground alone to deny the accused person bail.

But he ordered Jowie not to comment on the case on social media or anywhere.

He was also asked to report to the chief every end month.

Jowie was arrested on September 25, 2018 and so far has spent two Christmases in remand.

In June 18, 2019, the High Court declined to grant Jowie bail for the second time.

Justice Wakiaga dismissed Irungu’s application for a bail review on grounds that it was premature and lacked merit.

At the time, the reason for his bail being denied was that Justice James Wakiaga dismissed Jowie's application for a bail review and ordered that everyone under protection should testify before he could consider bond terms.

He further said that after taking the evidence of witnesses under protection, the court will also consider a pre-bail report from the probation office.

The prosecution called 32 witnesses among them experts and protected witnesses in the murder trial of Jacque Maribe and co-accused Jowie.