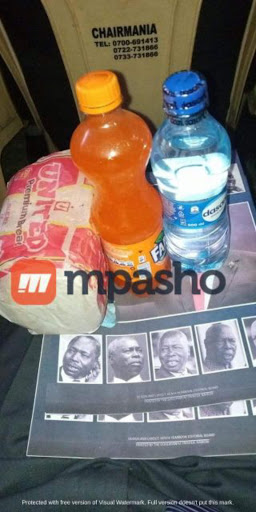 The government has fulfilled their promise of giving the first 30,000 mourners soda, water, bread and a funeral program to beat hunger pangs.

George Natembeya had earlier made the promise saying it was based on first come first served basis.

THERE WILL BE SODA, BREAD AND THE PROGRAM AND ALSO SOMEWHERE TO SIT.

SACHO HIGH SCHOOL THERE WILL BE AROUND 6000 PEOPLE FOLLOWING THE PROGRAM LIVE.’

Below are some of the reactions.

@ewwabs: Milk would do better than soda.
@mikey4blackk: Can the Kenyan tax payer afford such. Why charge mama mboga 3% turnover tax and spend it on soda and bread.
@leslieRono: And he has already started eating. By 10 AM expect trouble from such people. Ama they think kunanyama.
@ItsMutai: So the bread and soda being given to the mourners at the Moi funeral in Kabarak was given to them as early as 3am. Which for a normal person you wont hold unto it four hours without digging in.
By 7am or 8am these people will be hungry and in need of a REAL meal.
@TraveyLeo:That's why this country will be third world for a long time..watu wakubwa IQ ni ya punda.
@LillianaBwire: This is so funny.Fathers in suits carrying loaf na soda to keep hunger away the whole day.Aki hiyo ni aje? Its alot of harmful sugar. Je diabetics?