Mike Sonko denied access to VIP area at Moi funeral: Here is why 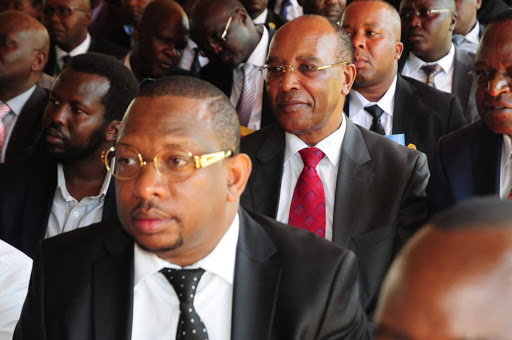 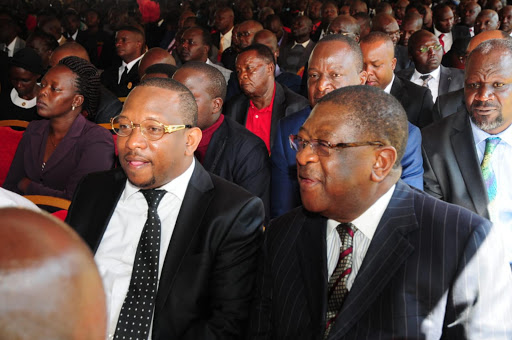 Nairobi governor has been denied access to the VIP area at Moi's funeral after he arrived minutes after President Uhuru Kenyatta had arrived.

Sonko arrived almost at the same time with Raila Odinga, but unlike Sonko, Baba was given access.

In events where the President is present in an event people are normally expected to arrive and sit before him and not the other way round.

His communication people finally sent photos to show him seated among the crowd.

It is important to note the change in the background cord between the two photos, check them out.

The day also started on a wrong note for Raphael Tuju after he got involved in an accident on his way to Kabarak for the same burial.

Tuju was involved in a road crash at Magina area on the Nakuru-Nairobi highway as he was heading to Kabarak.

He was rushed to Kijabe Hospital.

“TUJU IS COMPLAINING OF CHEST PAINS. HE IS was AIRLIFTED WITH A POLICE HELICOPTER.”

At the time of the accident, Tuju was in the car with his driver and bodyguard.

Moi is to be laid to rest today after he passed away almost two weeks old.

The state yesterday held a national prayer day for him as a way of paying respect to him.