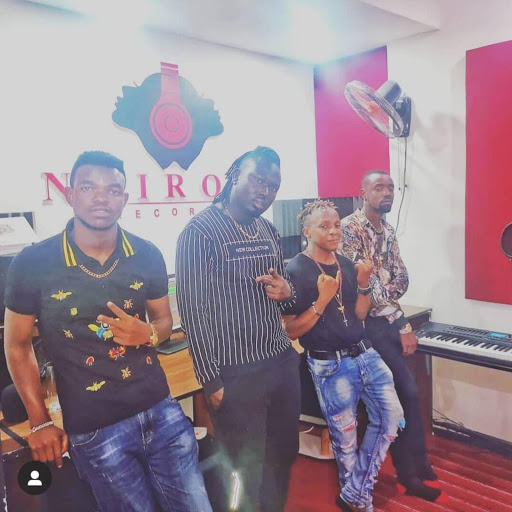 One of the few artistes who interacted intimately with the late Papa Dennis has spoken out.

Bro Mfalme who is currently ruling the air waves with his new jam Vile Wataka.

Bro Mfalme revealed that they were to shot a music video for their collabo single with Papa  Dennis but things did not work out.

"We recorded a song called BOBO late last year and we were to do a video shoot around November," Bro Mfalme told Mpasho.

"But unfortunately as we were planning to travel papa Dennis switched off the phone as he claimed he wanted Ksh 20,000 so that he would sort out some stuff of which we didnt understand."

"When we arrived in Diani for the shoot, we only did one song called FINE ASS with Trey Juels which is on YouTube and left out the one we were to do together with Papa Dennis."

The artiste revealed that one of the last conversations Papa Dennis had with a fellow artiste called Jay Star was as candid as can be and it paints a picture of what his state of mind was like.

"He called Jaystar that he wanted some little change (1K) but since time was not on our side, we left the issue out. because we couldn't handle his current state of mind properly and with care. Truth is,  he was broke and undergoing serious depression."

All this was happening when he had just been nominated for the Afrimma Awards which he eventually won.

"Papa Dennis was a bit depressed. He said he didnt have clothes for the video shoot or transport to the location, either. He was not doing very well."