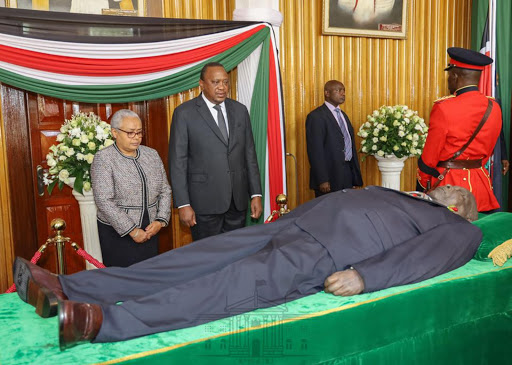 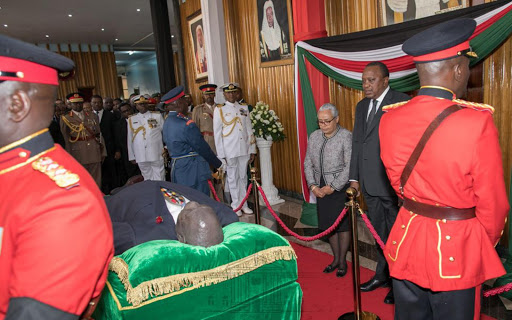 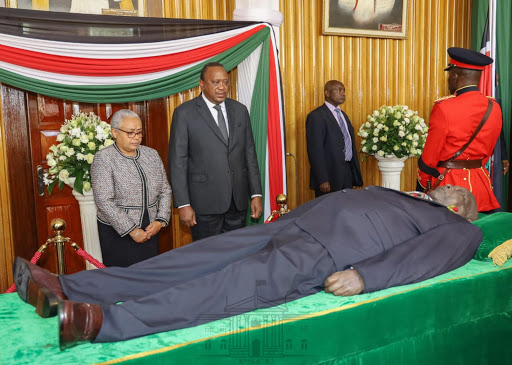 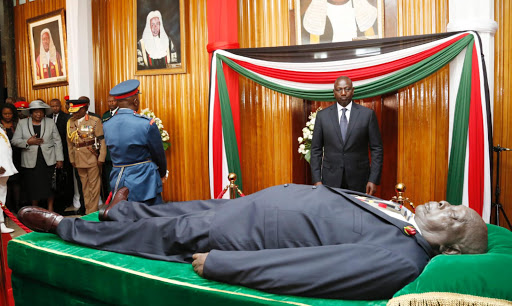 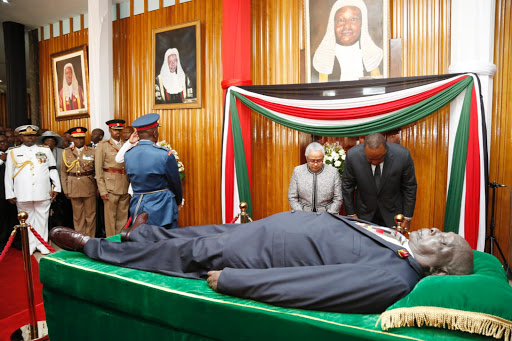 President Uhuru Kenyatta led the nation in viewing the body of former president Daniel Arap Moi who is lying-in-state at Parliament Buildings on Saturday morning.

Uhuru who jetted in from the US was accompanied by first lady Margaret Kenyatta.

The parliament is open for the public to view Moi's body and will be closed at 5:00 pm until tomorrow morning again.

Thousands of Kenyans among them several dignitaries have already viewed the body and more are still visiting at the Parliament Buildings.

The body was dressed in a grey suit, a white shirt, a flowered tie, and brown shoes.

Moi's baton famously known as ‘fimbo ya Nyayo' and a bible were placed beside the body.

Below are photos of the body at Parliament Buildings

He will be laid to rest at his Kabarak home in Nakuru County on Wednesday next week.