Girl power! Here are 7 Kenyan women who are thriving after "ditching" their husbands 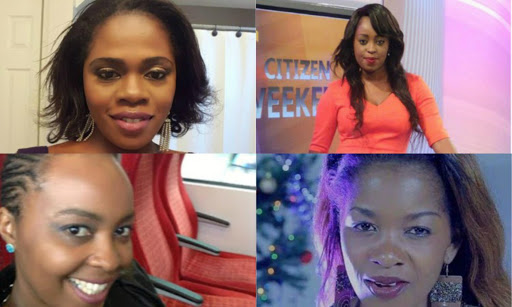 Marriage is not a walk in the park. It takes patience, trust and commitment to sustain the union.

However, in many cases, married couples fall out and break up. In the local showbiz industry, we have many single women (some divorced, others separated while others have reasons only known to them) doing quite well on their own.

Most of them make us proud; these influential personalities are hard-working role models. They continue to prove that what a man can do, a woman can do even better. Well, from Citizen TV Lillian Muli to the famous Betty Kyallo, meet the top 7 Kenyan women who are thriving after "ditching" their husbands.

Indomitable TV siren Lilian Muli is, without doubt, one of the best news anchors around. She commands her position among the famous clique of presenters who brought great change to the TV industry.

She has remained relevant, becoming one of the most sought after media personalities. From what we can tell, Lilian Muli is no longer with her husband Kanene, who is the father to her son. Her relationship with Shabana FC CEO Jared Nevaton has had its ups and downs but still going strong. They have a son together.

She is the estranged wife to controversial pastor Victor Kanyari. Although she did not officially divorce her husband, Betty Bayo seems to have moved on. They have two kids together. Her current lifestyle clearly show's that Betty is indeed enjoying life.

The veteran singer separated from her husband of 10-years, fellow musician Attitude a few years ago. Mercy Myra had one child with her ex and after the divorce, she moved on and is doing better than before.

She is one of the most powerful and influential women in the public relations business currently. Cynthia, who quit her TV job, is doing well in the PR field. She is credited with successful communication projects including being part of the campaign teams for Presidents Museveni and Buhari of Uganda and Nigeria respectively.

Cynthia divorced her husband back in 2014.

The award-winning gospel singer Gloria Muliro broke up with her husband last year citing infidelity. Her Congolese husband Pastor Eric Omba is also accused of mistreating her. She opted for divorce. Omba remarried.

Barely 24 hours after her marriage to gospel musician Izzo (Isaac Bukasa, Eunice Njeri took to social to reveal that she had called off her marriage because her heart was elsewhere. She wrote

On the 27th Nov 2016, Isaac and I did go to the altar to get married. But at the end of that day, I realised one thing: I couldn’t do it, my heart was somewhere else. Probably in Africa doing what I do best; I’m still trying to figure that out. I immediately left for Kenya and have been serving God the best way I know how. To all who supported Isaac and I, I’m grateful. May God bless you immensely. To all who were hurt in the process, I apologise. The marriage was annulled (like it never happened). No papers were signed. Afterwards, we both made a decision to go our separate ways. I hope for your support and help as we move on. Like every other relationship, we hit a rock. Maybe a little too early but we have since overcome it. Consequently, we have decided to go our separate ways and hope for the very best. God bless you.

Eunice is still single and she has been busy producing gospel songs and her music is always dominating the local airwaves.

7. Betty Kyallo
Former K24 TV anchor divorced her husband Dennis Okari after six months in marriage. The mother-of-one moved on and she's currently the CEO of a salon called Flair by Betty. She's seeing someone.