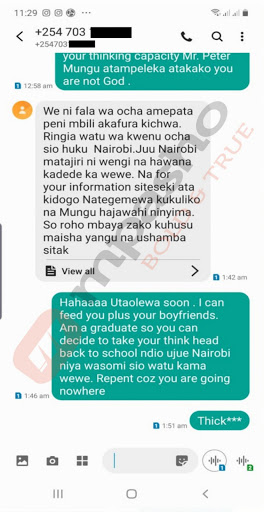 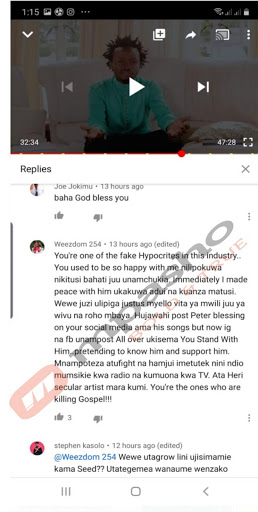 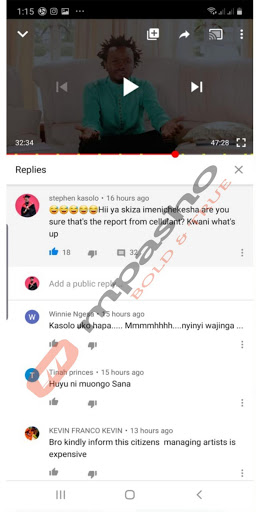 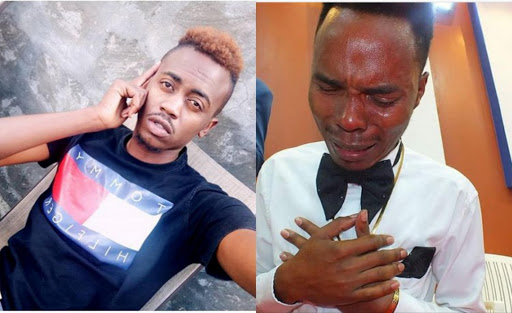 Gospel singer Kasolo and Weezdom are at war.

The two artistes have been exchanging bitter words online, calling each other names.

Their beef started when Kasolo commented on one of Bahati's videos, where he was ranting about Peter Blessing.

you're one of the fake hypocrites in this industry. You used to be so happy with me nilipokuwa nikitusi bahati juu unamchukia, Imediately I made peac with him ukakuwa adui na kuanza matusi.

Kasolo savagely responded telling the EMB record label signee to style up and stop depending on Bahati.

These comments were later deleted. Here are the screenshots we grabbed.

The fight shifted to text messages, where they bashed each other. Below is the screenshot of their conversation.