Debunking Bahati's lies: here is the truth he did not address 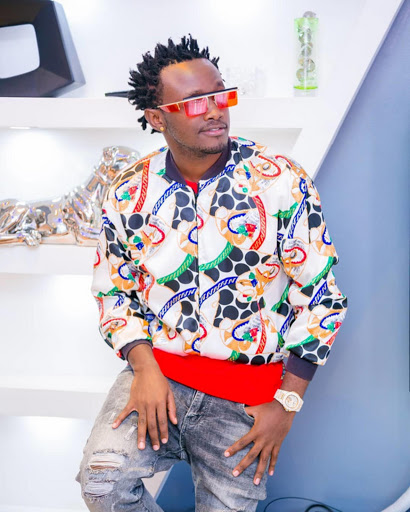 The two were arrested over unclear circumstances that to date Bahati hasn't addressed.

In his video Bahati paints a picture of rescuing Peter Blessing for the squalor of poverty and elevating him in the music industry.

He outlines the sacrifices he made.

Bahati also made his case on why he instituted a criminal case against Peter Blessing for obtaining cash through fraudulent means.

He says, he was pushed to it after Peter Blessing defied him.

What Bahati did not address is a number of things. We detail them below.

1. Bahati did not address how he reported to the police to get Peter Blessing arrested and detained for three days before any court case was instituted.

2. Bahati used a ploy to get Peter Blessing and Producer Paulo arrested by planning an ambush where he got someone to call them lying that they had an interview with the Nation newspaper.

They showed up for the interview and they were nabbed. It was curious to note that no OB number was given at Central Police station. A good samaritan then bailed Peter Blessing out three days later.

3. In the video, Bahati details how he was shocked to be linked to Peter Blessing's misfortunes. Which he distanced himself from. The fact is, after the harrasment and intimidation Peter Blessing underwent, his story touched three lawyers who came together to help him. These are the people he calls "advisors" who are "misleading" Peter Blessing.

4. When Peter Blessing was arrested Mpasho used our array of contacts to get the number of the parents to get a comment. We were not given contacts by "advisors" as Bahati put it. It was a hot story, we did our research, our crime desk confirmed the arrest and said there was no OB No - at the time, that is why we smelled a fish. So we called the mother, that is how we got this audio of the mother detailing how her son has been arrested and Bahati did not warn them or tell them anything.

5. That entire weekend that Peter Blessing was in jail, the mother kept frantically calling the Mpasho office asking how her son can be helped and if we had heard anything. Peter's arrest was a shocker to the poor family that did not have a relative in Nairobi or its environs to even come and visit their son in jail and find out how he is fairing. It was a tough weekend for the family.

6. After Peter Blessing's release, he was very scared to the point where he did not want to meet any media house to do interviews because he did not know if it was another ploy to have him arrested so the only comment we could find was via phone interviews.

7. Bahati was called for comment severely from the official Mpasho line. He only picked once to rant about the stories and not give comment. He was texted but he ignored out messages. He knew everything before we published any story. He was always informed that we need his comment.

8. The issue of the contract cannot be addressed here because of the ongoing criminal court case. It is prejudicial to address that.

8. Bahati did not mention that after Peter Blessing performed at his New Year event he was not paid a penny. Only the Ksh 3,000 on January 3, 2020 after which he was asked to leave Nairobi and go home to Voi until he was summoned again.

9. It is interesting to note that Bahati did not explain why he pulled down Peter Blessing's song.

Bahati's two part video is as scripted as his now fading reality show. He skewed the information to suit his narrative.