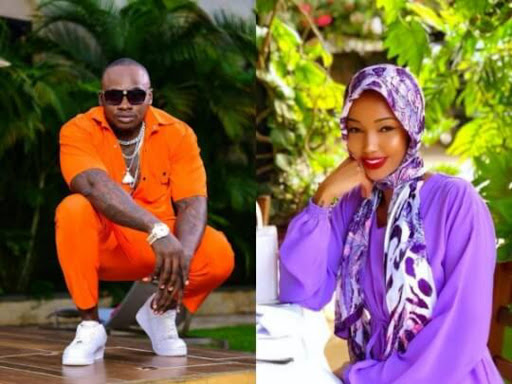 Khaligraph Jones has told Huddah Monroe that he is not interested in taking her to bed because he is a happily married man.

Jones stated this in his new jam 'Yes Bana'.

The father of one said that Huddah has refused to pick her calls assuming he wants to bed her.

Speaking during his morning show on Classic 105, Maina stated that the two are not dating. This was after introducing Jux’ new song ‘Unaniweza’

‘HE IS NOT DATING HUDDAH MONROE, TRUST ME ON THAT,’ MAINA ASSURED.

Rumours spread after Huddah Monroe shared photos of herself in Zanzibar.

Huddah has been vacationing in Zanzibar this past week, sharing videos and clips of the exotic location to her fans and followers.

According to hawk-eyed netizens, photos shared by Jux and those shared by Huddah looked like the two were together.

Check out the new jam below.