'I never ever give up!' Kobe Bryant's last message about cancer 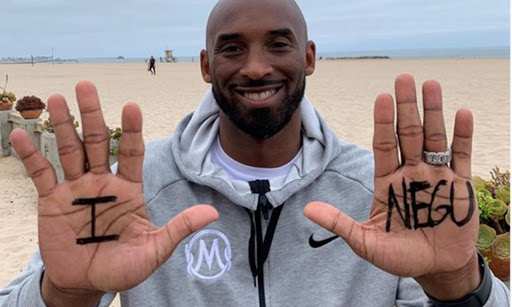 Kobe Bryant was a man of the people. Despite the fame he interacted with people from all walks of life.From attending matches, going to church and doing community work, he won the hearts of many.

He was a close friend to Neymar and a football fan.

The legendary basketballer perished in a chopper crash alongside his daughter Gianna  Bryant 13 and seven more others.

They were on their to a basketball academy in Thousand Oaks, CA, where Gianna was going for practice.

Kobe supported NEGU, a foundation that encourages every kid fighting cancer to Never Ever Give Up!. The mission of the foundation is

..to become a national symbol of HELP and HOPE in the childhood cancer space, so every kid fighting cancer and their family have the support, encouragement and resources to fight!

I’m doing the NEGU hands challenge for childhood cancer awareness month 👐🏾 NEGU=Never Ever Give Up. #iNEGUdoyou?' Kobe posted on August 17, 2019 accompanied by the photo below.