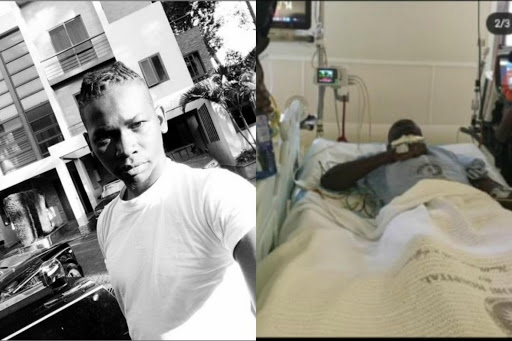 B Club, the entertainment joint where Felix Orinda aka was shot by Embakasi East MP Babu Owino has spoken out.

The disc jockey underwent successful surgery on Friday and a bullet logged in his body was removed. Today he's set to undergo a second surgery.

According to several entertainment players who visited DJ Evolve at the Nairobi Hospital, he was stable though 'he cannot move his lower body.'

Kenyan DJs have condemned the heinous act and in a statement, the DJs described DJ Evolve as a jovial and hardworking man. The Friday 7 am incident has left many in shock.

Below is the statement from DJs.

'As the Kenyan DJ fraternity, we strongly condemn the attack against one of our own, DJ Evolve that was meted out in a most brutal and despicable way by Embakasi East Member of Parliament Hon. Babu Owino while DJ Evolve was on duty.

We refute any attempt to change the narrative to portray DJ Evolve as the aggressor, going by the claims on Hon. Babu Owino’s social media pages.

All who have interacted with DJ Evolve know him as a humble, hardworking and jovial individual, who was out there doing his best to make a living in these tough times we currently experience

We as the DJ fraternity are concerned parties of this matter. We will keenly be following up on the proceedings and demand the Kenyan Government and the Office of the DCI ensure that Hon. Babu Owino faces the full force of the law.

As per our constitution, attempted murder is a crime that has serious consequences that also include life imprisonment.

The act carried out by Hon. Babu Owino is tantamount to attempted murder against an unarmed and innocent hardworking Kenyan by an ostentatious youth leader who casts shame on not only the current leadership but to all aspiring Kenyans at large.

To reiterate, we as the Kenyan DJ fraternity stand firmly with DJ Evolve and will offer his family all the support they need during this time.

We also urge you as our fellow Kenyans to stand together with us in solidarity and support of DJ Evolve as well as in this fight to ensure that no Kenyan is above the law. Let our voices be heard!.'