Love has no boundaries! Zari responds after trolls criticised her for marrying younger man 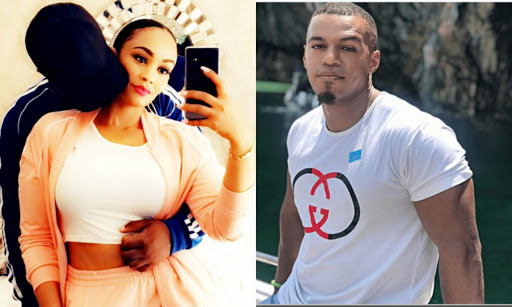 Zari Hassan has told off trolls who criticised her man Cedric Anthony aka King Bae after photos of them kissing surfaced.

A section of social media users were quick to point out that Zari's man was younger than her and others claimed he was 'gay' after popular South African gay posted a series of photos with him, claiming he was her man.

The mother of five has bashed those who keep criticising other people's relationships. In a lengthy post, she wrote,

It has become a habit in society that we tend to judge people's relationships in one way or another. I said 'we' including myself because I ain’t no saint, and at times I have fallen into the trap and not so positive way of thinking

Matters of the heart are complicated to some extent that are beyond our understanding.

When a young girl dates an older man she is instantly branded a gold digger, when an older woman dates a younger man, she is a Cradle Snatcher or maybe a desperate person.

When a woman or man dates someone more financially established by status quo this becomes a case of “you are after her or his money”. When you date a not so good looking man or woman that also raises a few eyebrows because society kinda narrows you down depending on your status. Eg: A doctor or pilot, or oh no she sells at a market stall you can’t be dating such?!?! When your man or woman isn’t up to your standards, its a conversation of “levels”. Oh she or he can’t fit in with us. There are questions like; what does he or she do for a living, who are in her/his circle?!? This convoluted discussions and saga continue....... Love is and should be unconditional, love can be found in the most bizarre places with the least expected person. It's not the status nor the levels, not the financial stability or the public elevated status the list could go on.

Cedric Anthony aka King Bae is yet to speak about his relationship with Zari.