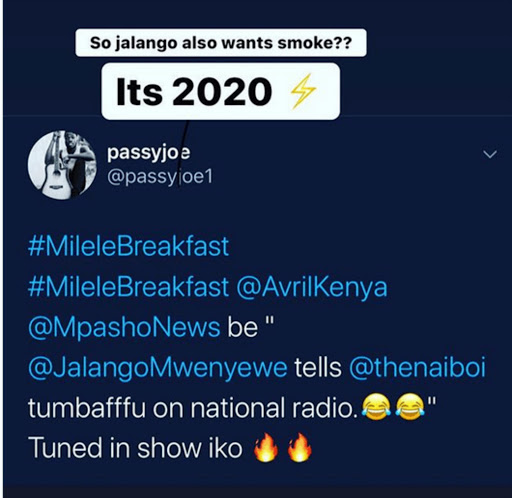 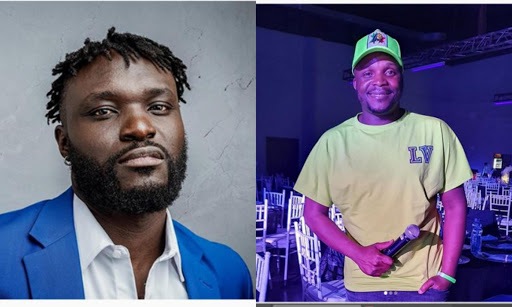 The beef between Naiboi and Avril seems not to stop anytime soon.

The two singers have been exchanging bitter words online after Naiboi publicly said he doesn't want to work with Avril.

Media personality Jalang'o is in the mix too.

In an interview with Jalang'o on Milele FM, Avril talked about the origin of the beef and explained why she didn't participate in the 2 in 1 video.

During the phone call, Jalang'o also revealed that he recorded the 2 in 1 video but his wasn't used and he told Naiboi.

Naiboi responded to the interview and in a post, he wrote,

Jalang'o was quick to respond, telling him to stop beefing with women but go for heavyweights of the industry the like of Nyashinski.