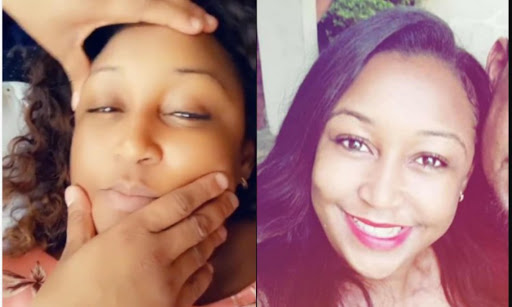 A close source has told Mpasho.co.ke that the man who has been trending on Twitter with many claiming iss man, is not.

Betty has been seeing a man believed to be of Somali origin for more than a year and he has been very supportive to her and family.

Speaking to Mpasho on phone, a close friend to the sexy siren said,

Mtapata taabu sana. The man whose pics are making rounds on Twitter is not the guy Betty is dating. He loves Betty and nothing can change that. People should mind their business and let her live happily.

Not so long ago in an interview with , the sexy screen siren said she was not going to reveal the face of her new man. She also revealed that she was not in a hurry to get married.

TULISEMA 2019 TUNAWAFICHA. I WANT TO ENJOY TIME WITH HIM SILENTLY. IT’S BETTER AND SWEETER. I’M NOT IN A HURRY TO GET MARRIED AGAIN. FOR NOW, MBELE IKO SAWA,’ KYALLO SAID.

The mother of one is in love with her new lover believed to be of Somali origin. She recently shared a video getting a face massage from him and captioned it,

I wanna be with you everywhere ❤️.