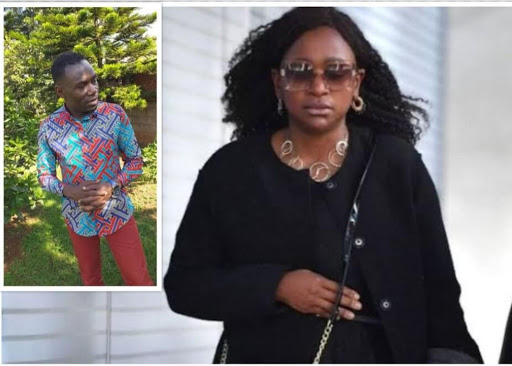 He was initially known as the founder of Finger Of God church, where Esther Arunga meet Quincy Timberlake and her life went down the drain ever since.

Esther sold her assets, quit her job and threatened to sue her parents.

Later she left the country with her husband and years later she wound up in court fighting for her freedom after her husband killed their son,  in the name of exorcism.

Now, Hellon has a new church whose bio on Facebook reads,

Adding, "Miracles are the order of the day with us. The atmosphere is that of love and acceptance where everyone is encouraged and empowered."

Read one of Hellons posts/ sermons on the page of the church.

Most people pray and seek God's word concerning their future and the success thereof but when the answer comes, they fail to recognize it. They continue suffering because they lacked discernment and never knew the day of their visitation.

The Pharisees were looking forward to the coming of the Messiah. When he came, they rejected him. He didn't appear in the way their mindsets were programmed. Never be like that. Pray for your eyes to open so as to see your saviours. They may not look, dress, sound or even act the way you like but listen to their words and you'll succeed.

Those who miss their day of visitation have one thing in common. They trust in man and what man promises. They see with their natural eyes and operate through sensory perception only. They haven't learnt to trust in God according to his word. See what the Spirit of God says about such people through Jeremiah:

Jer 17:6 LHB For he shall be like the heath in the desert, and shall not SEE WHEN GOOD COMES; but shall inhabit the parched places in the wilderness, in a salt land and not inhabited.

If you read from verse five, this person is described as one who trusts in man in his natural appearance and ability. This person fails to discern the grace and divine abilities in the man of God sent their way.

They end up in dry and parched places of life. Reason? They failed to see "WHEN GOOD COMES!"

2. Know the bible for yourself.

3. You need to be a person who prays in tongues all the time.

4. You need to be given to the discipline of fasting.

5. You need to be humble and submitted to your God given authority.

The one who "SEES WHEN GOOD COMES!" is described beautifully in the scripture below.

Jer 17:8 LHB For he shall be like a tree planted by the waters, and that spreads out her roots by the river, and shall not see when heat comes, but her leaf shall be green; and shall not be anxious in the year of drought, neither shall cease from yielding fruit.

This person isn't affected by the ups and downs of the economy. They are never broke. They are fruitful all year round.

Make a choice today to find your divine helper and to choose to stick there no matter what. Don't be a tree that is ever being uprooted and ever being moved from one place to another. Stop moving from one ministry to another. Settle down. Take correction and renounce offense.

You'll succeed marvellously in all aspects of your life.

Watch a video of Hellon preaching in church.