List Of Residential Areas Where S@x Trade Is Booming! 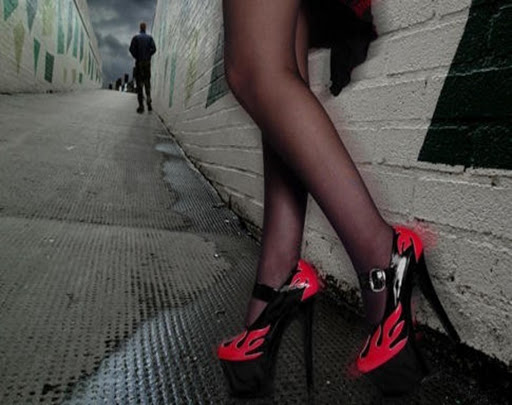 Sex is everywhere. They say it makes the world go round.

In as much as we would like to bury our heads in the sand and ignore the fact that prostitutes have invaded the estates and are now plying their trade, the truth is, it is happening.

Local pundits have come up with a list of residential areas where the exchange of money for sex is a common occurrence, yaani, the sex trade is booming.

Gone are the days where prostitutes were confined to Koinange Street. Times have changed.

Here is a list of estates where prostitutes are now plying their trade without fear of exposure. Do you live in these estates? Is this list legit? Go through and let us know...

1. Kibera
Africa's biggest slum is slowly becoming notorious for the sex trade. This is more so near clubs like Garage Pub in Fort Jesus.
2. Eastlands
Joining Kibera in this newly found notoriety is Kayole. We are told that outside Nyama Vila Club you can hail a cab and a prostitute without a problem.
Also, Umoja, Eastleigh’s 12th Street, Ngara and Dandora getting a lil sumsum in exchange for some moolah isn't a problem. In areas like Kasarani opposite Power Supermarket, Buru Buru, Donholm, Kariobangi, where the women parade from as early as 8 pm.
Residents from these various estates have raised concerns regarding this problem. Saidia sirikal.
3. Pipeline
In Pipeline in Embakasi South constituency, residents say sex workers start operating from as early as 8 pm until dawn every day. The worst areas are around Plot 10.
They say the twilight girls come from as far as Kayole; early in the morning, they will be seen boarding matatus to leave the estate. The practice has spread to AA estate, which neighbours Imara Daima.
4. Kawangware
In Kawangware, young girls circle around Bora Bora Hotel, Zebra Bar, Myers Bar and Restaurant, and Mukaro, especially on weekends.
5. South B
Even upmarket neighbourhoods like South B have not been spared. Apparently, the stretch from Tabernacle Church to Capital Centre is well known. Residents claim that "even the smallest vibanda (sheds) selling mandazi here also sell condoms."
6. Hurlingham
Hurlingham houses some of the swanky and trendy pubs frequented by affluent patrons, well, this is bound to pull in the twilight girls. You will find them along Argwings Kodhek Road which is notorious. They usually stand by the roadside waiting for willing clients.