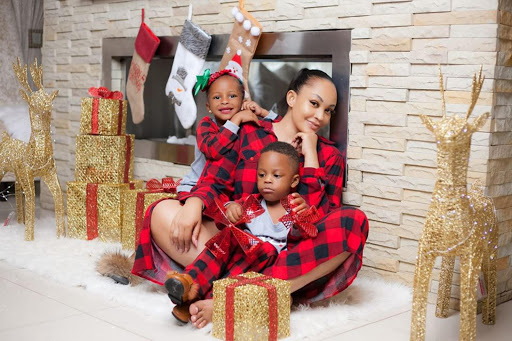 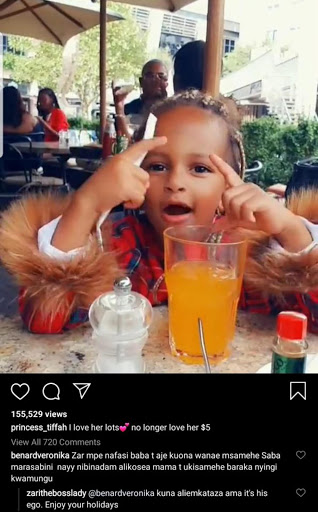 Zari Hassan has revealed that Diamond Platnumz has refused to visit his children Princess Tiffah and Prince Nillan because of his ego.

Zari has in several interviews revealed that she was raising her children alone despite the fact that Diamond is still alive.

Recently, a fan urged Zari to allow Diamond Platnumz to see his kids and also forgive him and the Ugandan businesswoman's answer shocked many.

The mother of five responded saying,

kuna aliemkataza ama it's his ego. Enjoy your holidays [Is there anyone who has barred him from seeing his kids?].

Another fan identified as Kalab

@zarithebosslady it is not ego he is embarrassed and he can not look you in your face for what he has done to you and his own flesh to trash you and his kids in the media. Zari keep doing what you’re doing with your kids Diamond and his family are toxic in your life don’t allow these people to be in your life again! Stay where you’re!

Not so long ago, Diamond released a song Inama, and he outlined that the reason he doesn't see his kids is because of love (after breaking up with Zari). In his lyrics, he said

penzi limeta kwa wanangu vita siku hizi siwaona naishia kuwalike Insta (Love has created enmity between my kids and I cannot see them apart from liking their pictures on Instagram).