Kenyan Women, Here Is Why You Should Never Date Or Marry Someone Younger Than You 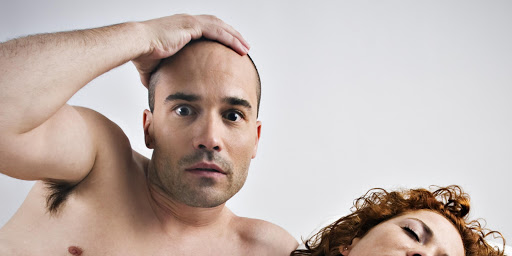 They say age is just but a number, but I do not agree, especially when it comes to marriage. I'm one of those women who fear dating a man who is younger than me. Am too young to be stressed up neither am I ready for drama all the time. Well, below are the five reasons why women should never date or marry someone younger than them, go through and leave a comment

Women, if you are dating a man younger than you, get ready to be cheated on. Such a lad is very energetic and chasing young woman is not a problem to him; he will cheat on you with a hot babe. If you marry a younger man than you, be ready to be stressed up.

2. You'll be the sponsor in the relationship

Most of these young lads are not usually financially stable. They prefer marrying older women because they believe that they are rich and will do anything for them. Ladies, if you want someone just to spend your money, go for such jokers.

From picking up fights in clubs to abusing your friends when he is drunk. If you are ready for embarrassments, go on and marry a man younger than you. A young man will frustrate you the whole of your life; you will not enjoy your time with him but die of misery.

Africans tend to live according to their old traditions. In the current society, if you do something that doesn't conform with culture, they will condemn you and even curse you for decisions forgetting that everyone has their rights and freedoms. A good example is the Wambui Otieno and Mbugua's marriage.

5. You'll always be embarrassed when you're in public with him especially if the age gap is wide!

Recently a Ugandan musician who married an old Mzungu left people wagging tongues. Many condemned him, some congratulated him, and others made fun of him. But even if they say age is just a number, please don t marry someone very young unless you are ready for the public embarrassments. People can mistake you for his grandmother or ancestor.