This is what Harmonize told Diamond's suspected side-chick, Official Lynn 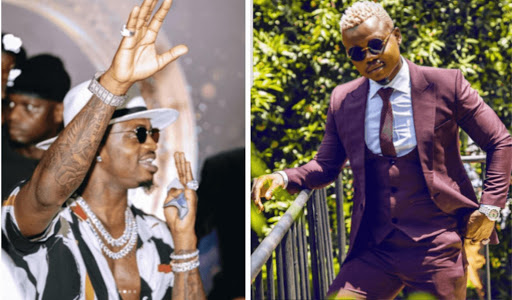 Remember back when Diamond had to deny that he did not have an affair with a Tanzanian socialite and video vixen in his house while Tanasha was away?

Well, the drama started when Official Lynn posted selfies on a bed that looked suspiciously similar to one Tanasha and Diamond sleep on in their Madale Mansion.

Anyhow, Official Lynn and Diamond had a nasty back and forth about that "cheating" incident.

Tanasha never responded to any of it. She kept her cool.

Now, Harmonize has spoken up about Official Lynn's capabilities and not in the bedroom but in the studio.

Lynn revealed this in an interview with Bongo5,

On why she switched from being a vixen to a singer, Lynn explained,

“No, I love music, being a video vixen still involves music so no I don’t hate it. It’s a matter of doing what you love first plus you know music has a lot of money so I can’t just be as a video vixen. You know the job of a video vixen is not a progressive. Well, it could but, many other beautiful women will come so yeah."

“Switching from being a video vixen to a musician wasn’t a difficult decision because I love music even from when I was a child. I love doing what I love so yeah. People that surround me told me I could sing because they have heard me sing before and they liked it so yeah,” said Lynn.