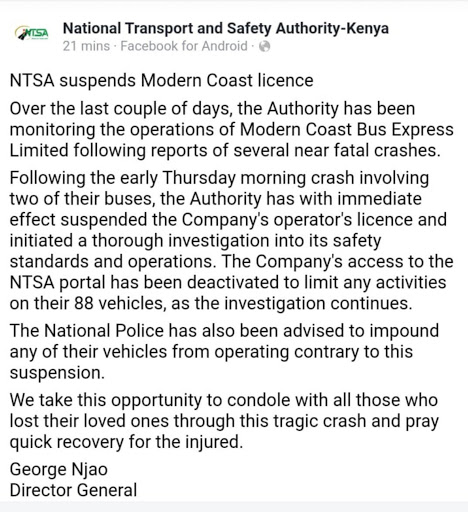 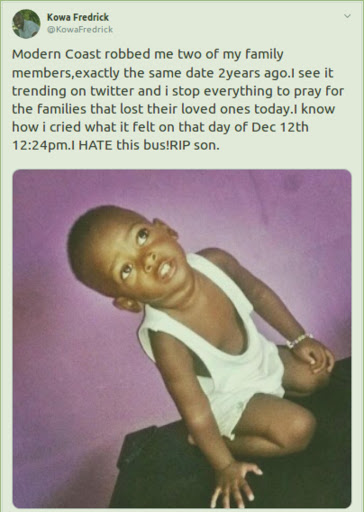 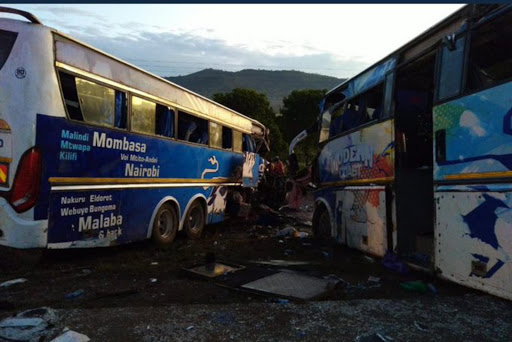 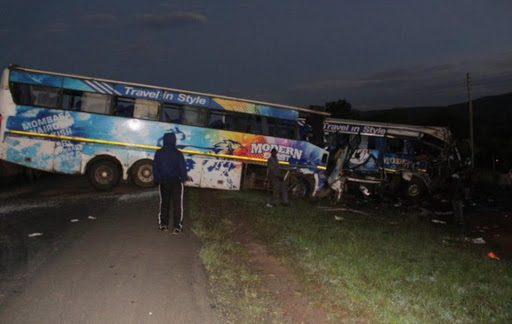 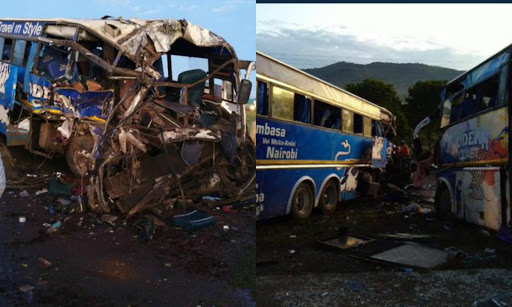 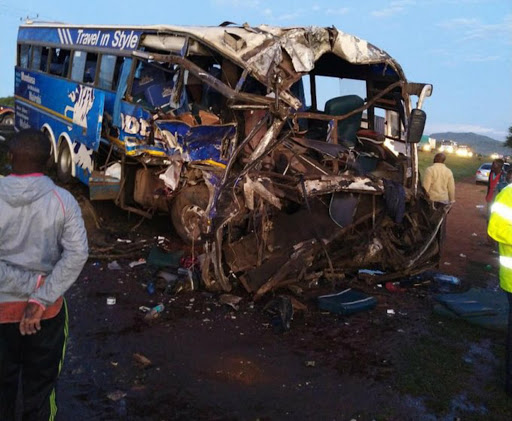 Modern Coast bus has been suspended after two of their buses were involved in a head-on collision on Thursday.

A Nairobi bound bus collided with another one coming from Malaba the Kiongwani area, near Salama along the Mombasa-Nairobi highway.

Seven people died on the spot while 60 escaped with minor injuries and were taken to various hospitals in Machakos county.

I boarded the vehicle at Eldoret, I can’t tell what happened since I was asleep. I just woke up and found people crying, screaming then getting assisted out of the vehicle.

A Kenyan man identified as Korwa Fredrick shared a tweet, remembering how he lost two of his family members including his toddler son in a Modern Coast bus two years ago.

Modern Coast robbed me two of my family members,exactly the same date 2years ago.I see it trending on twitter and I stop everything to pray for the families that lost their loved ones today. I know how I cried what it felt on that day of Dec 12th, 12:24pm. I HATE this bus! RIP son.

The worst coincidence, leave alone the dates Dec 12th, 2017 & Dec 12th, 2019, it was reported that today's accident with #ModernCoast that killed 6 so far leaving 64 injured has also a 2yr old baby. Our kid was the same age. Well, I don't wanna read what people call "Kafara"/ "Sadaka".

Magana Magana It is well bro.... This company should not be allowed to operate until its directors prove beyond reasonable doubts that they aren't in a cult. Sacrificing innocent Kenyans is unacceptable.

And to you modern coast owners and staff... Know human life is important.

Solomon Mari Waah some things are difficult to handle like losing a loved family member, may his soul and the rest of victims R.I.P.

Jimmy Ng'ang'a The same day like today an accident happened of another same Bus Modern Coast and killed! Something is a miss with these bus sio kawaida, R.I.P your son.