'How my sister was abducted and her leg chopped off,' narrates Mudavadi 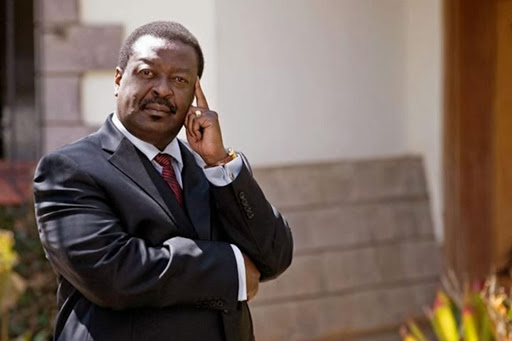 "Something is wrong with one of my legs. I cannot feel it properly" were the words that ANC party leader Musalia Mudavadi's sister told him.

This was when they found her at a hospital after a frantic search for days.

Mudavadi recalls in his autobiography  Soaring Above the Storm of Passion that political violence did not spare his family, despite his father being a powerful figure in the Moi government.

His sister, Serah, he writes, was abducted by his father's political rivals who cut off one of her legs.

His father, Moses Mudavadi, was an influential politician and long-serving Cabinet minister under President Daniel Moi in post-independence Kenya. He died in 1989.

Without specifying the time, Mudavadi writes that at one point, when his father was battling an election petition at the High Court, his sister went to attend the hearing but was trailed by hired thugs who abducted and abandoned her in a thicket in Nairobi.

She had just alighted from a bus in Nairobi's Donholm area, he writes.

"They took her into the bush and amputated her leg, leaving her for the dead," he says.

The abduction prompted a prolonged search and anxiety.

"We caught up with her after a few days in hospital, after a heart-wrenching search everywhere, including in mortuaries".

It is at this point that Serah told her elder brother Mudavadi about her pain, saying she could not feel her one of her legs anymore.

"She did not know what had happened. She did not realize that her leg had been chopped off.

How could I tell her that she had lost her leg? This reality would sink in slowly," Mudavadi says.

The attackers could have been sponsored, he notes, "in a case of political terrorism against the sitting MP."

Though Serah survived, the impacts were far-reaching, as her life changed significantly and doctors eventually determined that she would not live for long.

They later sent her to Israel and the United Kingdom for prosthetic treatments [but] "the doctors advised us that the damage that she had suffered would have an impact on her lifespan."

"We had to deal with a sister who had suddenly been disabled by people we did not even know, and whom we have never traced to date."

His sister would survive the attack and live with the condition with dignity until her death.

The only consolation his family has to this date, he says, "is that she had a daughter, whom she would leave with us and whom we all love very much."