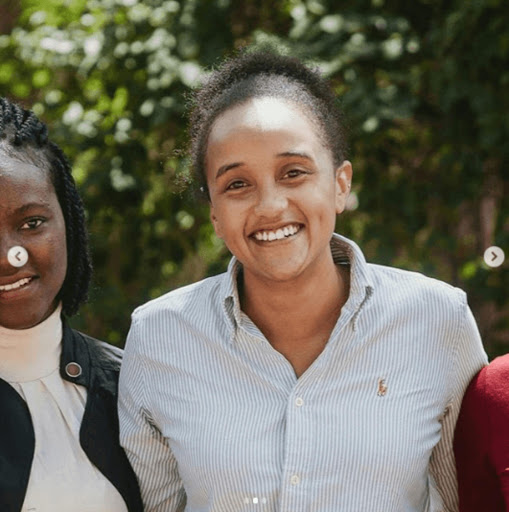 Remember back in 2013, when a young student from Highway Secondary school called David Owira grabbed the attention of President Uhuru Kenyatta with his performance at the annual Kenya Schools, Colleges and Universities Drama Festivals winners concert at State House, Mombasa?

Remember how he got the president laughing his heart out with his thrilling performance titled Otonglo Time?

The narrative ending with David telling the commander-in-chief and the most powerful man in Kenya to @ him on Twitter.

Here is his performance just to refresh your mind.

Well, Uhuru was so enamoured by his creativity and zeal for the arts that he adopted him and paid his fees all through high school and university.

This was done through The Kenyatta Trust.

David got to meet Ngina Kenyatta who is the director of the trust.

Here is a rare photo of Ngina hanging out with her adopted brother.