Denied In Death: Why KAA denied Paul Manyasi was their employee 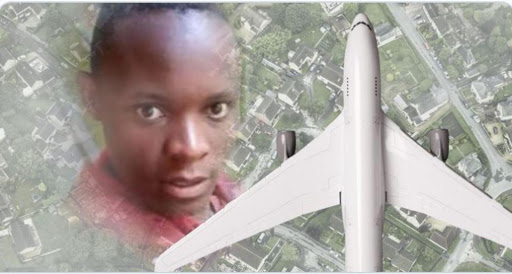 The country is still coming to terms with the mysterious death of a Kenyan man identified as Paul Manyasi from Kakamega county.

According to a report by UK's Sky News  Paul Manasi, 29 was identified as an impoverished cleaner for Colnet Cleaning Services at Jomo Kenyatta International Airport.

That's where the Boeing 787 took off for Heathrow Airport. That's where flights take off for New York.

On June 30, the body fell 3,500 feet into a garden, nearly killing a man and creating a crater. He had been hidden in the airliner's undercarriage and fell when the wheels were released for landing.

KAA, however, came out to deny that Manyasi was not their employee.

Below are some of the reasons why they might have denied knowing him.

On Wednesday, security analyst Mwenda Mbijiwe told the Star the London garden death could lead to a downgrading of JKIA's status.

"Whether the Kenya Airports Authority accepts or denies it, this is likely to lead to the downgrading of the direct US flights," he said.

A journalist connected with the Sky News investigation confided to the Star that a KAA officer had called as they worked on the story, appealing "as a Kenyan... "not to burn the image of the airport and the country.