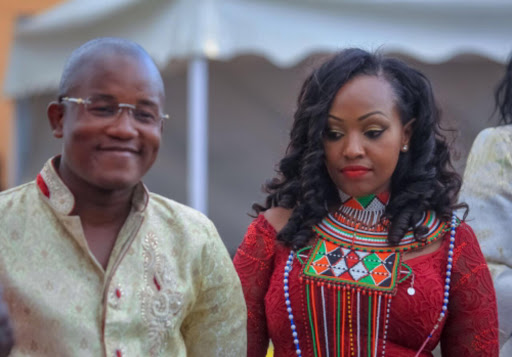 We have all heard people say that Luo men are romantic and Kikuyu men are not. Have you ever sat down and asked your self why?

Well here are things that different Luo and Kikuyu men.

A Kikuyu man will have no shame introducing the wife/girlfriend as 'Mwene Nyumba' , which translates to 'owner of the house'.

Meanwhile, a Luo man will call their woman 'Jaber, Aswito, “yadh chunya.” (yaani, the medicine of my heart).

Women love to be called beautiful names no matter how old they are,let no one lie they don't.

2. A Luo man spends on their women Kikuyus do not

If you have ever dated a Kikuyu man you will know that all their mind thinks of is the 'buroti maguta maguta' being sold in Kamulu.

Not that buying land and investing is bad but bruuuh even the bible says there is time for everything. If its time to spoil your woman do it and she won't leave you.

Luo men, on the other hand, are rumoured to be spoilers their weakness is making their women happy no matter the cost.

3. Kikuyu men are 'poor' between the sheets

Not all but a majority are, blame it on the mashakura they are fed on by their wives.

Luo men, on the other hand, eat mrenda, omena, brown ugali, Fish, nuts among other libido-boosting foods. Plus most of them have an ego so they will do their best to keep their woman satisfied.

So Kikuyu drop mashakura and borrow a leaf from the lakeside brothers.

4. Most Kikuyu men are afraid of PDA

We all know that Luo men are fond of flaunting their wives, kids and even extended families but my brothers from Central are not.

It is like they are allergic to Public Display of Affection, don't be shocked if your man tells you' Enda tupatane mbele' yet you are going to the same place.