'We don't pay attention to pressures,' Raburu responds to fans asking about kids 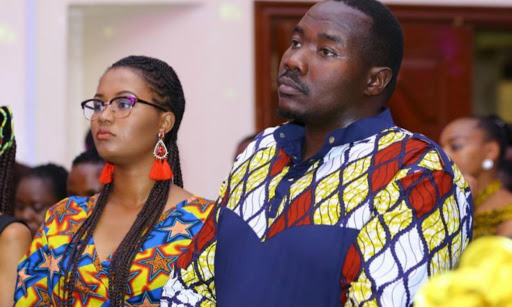 Media personality Willis Raburu has been under pressure by fans to get a child with his wife Mary. The couple, who prefer to keep their private life under wraps has ignored critics.

In an interview with Word Is on Wednesday, Raburu said,

One of the greatest things my wife has taught me is to be happy at whatever state we are in. So we don't really pay attention to pressures.

However, I will say this, society does put a lot of pressure on people to bring forth children and it's okay, but we all have to be sensitive to people's feelings because you never know what they have been through or are going through. We must, therefore, articulate our desires with a dose of sensitivity.

Also read;
The 10over10 show host said he is ready to be a good father.

I am looking forward to the day I will hear a little angel call me daddy. My father has taught me so much and I have had such an example from him, so I am eager to one day build on that with the help of God to be the best father I can be," he said.

Raburu married his better-half in a private wedding ceremony in May 2017 and he told Word Is that marriage is an amazing experience though challenging.

The biggest lesson I have learnt so far in marriage is to listen. Sounds easy, huh? But we have to listen to not just each other’s voices but hearts as well," he said.

"You have to know what your partner needs and to be sensitive to their needs. You have to communicate and grow together.

Raburu was very close to outgoing Citizen TV anchor Hussein Mohamed, and he said no one can fill his shoes.

Working with Hussein Mohammed was absolutely phenomenal. It was a blessing. He is very open, very approachable, there is not even an ounce of pride in him. His work ethic is unrivalled and his passion unmatched," he said.

There can only be one Hussein Mohammed. He is the greatest of all time in every sense of the word. Working with him was a breeze. He loves life and people. He's very humble yet very firm in his beliefs and will defend his points and stance. He always told me 'if you want to be good just be you'.