What an emotional moment! Raburu melts down biding farewell to Hussein Mohamed 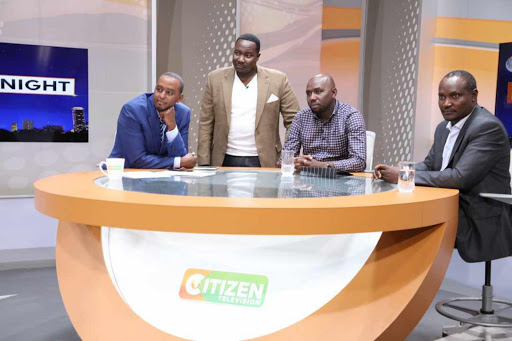 Raburu and Hussein were very close and he revealed that the veteran presenter held his hand in the industry.

This guy would take me as an intern all the way to Lang'ata and yet he was living in South C, buy me dinner almost daily as we listened to rock music or Musa Juma. When I wanted to be an anchor he said, 'go for it', 'if you want to be good just be you' when I got into bouts of troubles He always concerned. When I started my shows on radio and TV ...When everyone else was simply clapping he was concerned with inner man, and internal satisfaction. My noise partner in crime in the office. I will miss you my brother, our talks always made a difference,' Raburu posted.

In an interview with Raburu described Hussein as a mentor and great person.

Working with Hussein Mohammed was absolutely phenomenal. It was a blessing. He is very open, very approachable there is not even an ounce of pride in him. His work ethic is unrivaled and his passion unmatched. He was always open to advise and open to really find out if you are happy and if you are fulfilled,' he said.

Talking about his experience as an intern, he said,

My experience as an intern at RMS was great. I learnt so much and this is because of the structure at RMS the ability to wade in different waters and to be allowed to explore and inquire. So long as you are able to give your self that extra push the environment is very enabling for sucesss. I remember Hussein would drop me home almost daily and buy me dinner, he lived so far from where I did but he would always make sure I’m home safe then he drives back. He would always talk to me at any chance we would get always advising, always giving the bigger picture.

Mohamed had his last show on Citizen TV on Tuesday after working for the station for 10 years. He announced his exit a month ago but didn't reveal exactly where he was heading to.

Their can only be one Hussein Mohamed. He is the greatest of all time in every sense of the word. Working with him was a breeze. He loves life and people. He is very humble yet very firm in his beliefs and will defend his points and stance. He always told me “if you want to be good just be you.” I don’t know what his next assignment will be but I do know whatever and wherever excellence remains a way of life.