'Chilling with my co-wife,' says Maureen Waititu on a date with Natalie Tewa 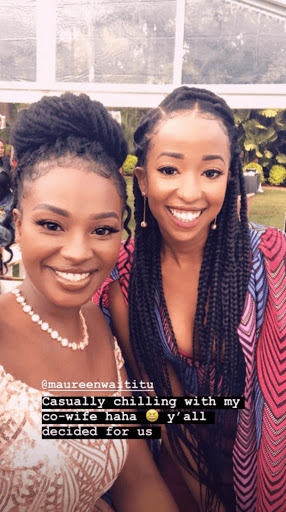 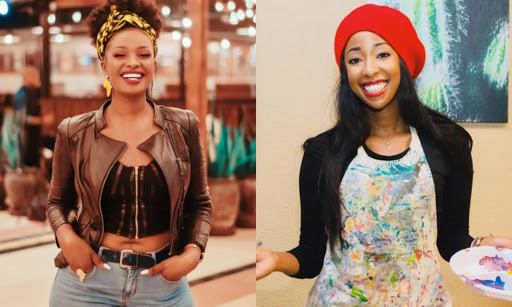 Radio presenter Maureen Waititu and vlogger Natalie Tewa were hanging out last weekend at an event.

The two sexy ladies had a really good time at the event and Maureen, a mother of two, shared photos of them together on her Instagram account.

Casually chilling with my co-wife haha. Y'all decided for us,' she captioned one of the pics.

Their first public appearance together comes barely a month after Maureen Waititu's baby daddy Frankie, a fitness guru responded to rumours that he was dating Natalie. He denied dating the vlogger.

not every woman that I talk to, work with, workout with or post is in a relationship with me. Kindly let's be mature,' he said.

Talking about his relationship with baby mama, he said,

Maureen and I had our differences and decided to go separate ways.

Natalie Tewa also broke up with her Ugandan boyfriend a few months ago.