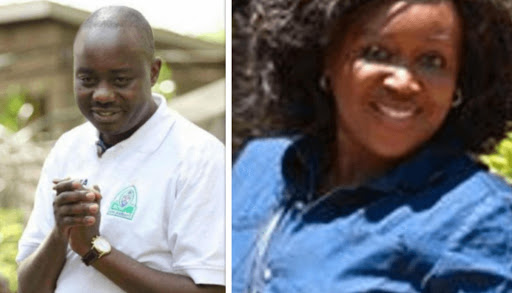 The fight for Fidel Odinga's wealth will be making headlines as it provides a glimpse into the family life of Kenya's political giant Raila Odinga.

It all began when Ida Odinga together with her daughter Winnie Odinga went to court to stop Fidel's widow, Lwam Bekele from being the sole administrator of his property.

Read all about it in the link below.

Ida claims that Lwam did not care much about finding out why her husband died after a night out with friends.

Fidel who was Raila Odinga’s heir apparent died on January 4, 2015, after a night out with friends.

The two were sleeping in different rooms in their posh Karen home.

Lwam only discovered her husband is not breathing when she went to his room to enquire about an issue.

Anyhow, Ida mentioned that Fidel had a secret family with Phoebe Akinyi Gweno, who is said to have delivered twins.

Now, Akinyi has disowned a suit filed by Ida terming the court battle as malicious, raising interest about what she tells the court.

“The petition is marred with ill will and malicious motives, creating a tussle with the deceased's widow on one side and the deceased's mother and siblings on the other, her lawyer John Swaka said.

In court documents, Akinyi says she wants to be a party to the case in the interests of her children and to “clear the air.”

Akinyi filed the affidavit on Friday, just four days after the High Court ordered a DNA test on the twins to determine if they are indeed the late Fidel’s children. If not, they present the Odinga’s with tough options.

“The widow to the deceased [Lwam] petitioned the court for letters of administration for her late husband’s estate. The said petition was objected to by the deceased's mother [Ida] and sister [Winnie], respectively. The objectors mentioned my children and I in the matter,” Akinyi stated in her affidavit.

“I intend to be enjoined as an interested party for the interests of my children and to also clear the air and give my voice on the same," she stated.

In the request filed in the High Court under a certificate of urgency, Akinyi asserts that she is the biological mother of the twins – a girl and a boy — but the birth certificates do not identify the father.

She explains that she intends to be a party to the case to protect the interests of the minors who together with herself stand to suffer "irreparably" if the court denies her the opportunity.