Salome to Kwangwaru: Diamond's mega collabos that shook the industry 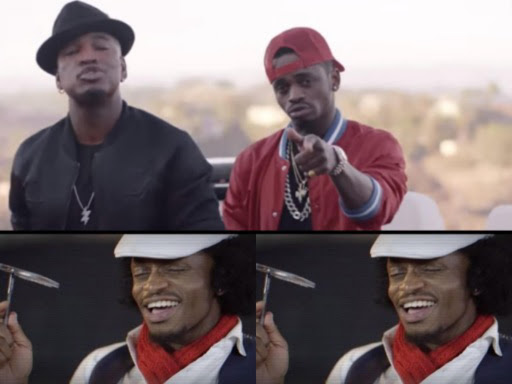 Tanzanian artiste Diamond Platnumz is arguably the most celebrated African artiste in the 21st century thanks to his prowess in producing good music.

Unlike some artiste, most of Diamond's songs have garnered millions of views thanks to his collaborations with international artists.

Below are some of Diamonds' songs that shook the entertainment industry.

1. Diamond Platnumz and Neyo - Marry You

The collaboration with Neyo who has countless awards to his name has so far garnered almost 37 million views.

If you were born in the 90's you probably know how much of a big deal Omarion is. The song he has sung alongside Diamond has so far garnered 40 million on YouTube.

Ever heard of two brains coming together for a project? Well, this collaboration was out of this world. The young and the old danced to it.

It's one of the reasons it has been viewed over 53 million views.

Fally Ipupa is considered one of the finest Congolese artiste and songwriter.

The song has over 30 million views.

Rick Ross is among the most celebrated international artistes, Getting him to sing alongside Diamond Platnumz was a feat not many can pull.

The song has over 9.7 million views.

Morgan Heritage is among the most celebrated reggae artiste in the world.

Alongside the group Diamond produced 'Hallelujah' which has so far garnered more than 11 million views.

If you have not heard this song you must be from a different planet. The song which is a collaboration of Tanzania's' finest artistes has 25 million views.

Diamond collaborated with Nigerian top artiste Patoranking to produce a masterpiece not many will be able to achieve even in a lifetime.

The song has so far been viewed over 40 million times.