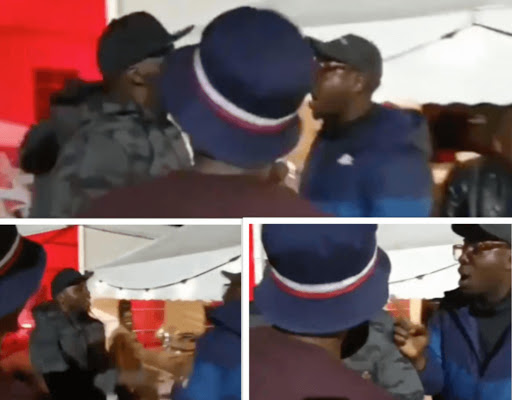 Sauti Sol artiste Savara has revealed what caused the much talked about fight between Bien Aime Baraza and Khaligraph on Friday night.

A short clip of Khaligraph taunting Bien went viral on social media leaving their fans with questions of what could have ensued.

In the said video, Khaligraph could be heard slamming Bien claiming that he cannot take him because he is paper "thin".

"We are not working on a song but there will be a big event this December with him...'