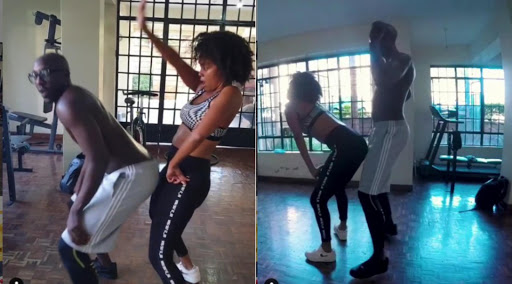 Kenya's boy band Sauti Sol on Saturday gave an electrifying performance at the ongoing OktoberFest event at the Ngong Racecourse.

Sauti Sol were the headliners of the show and Bien brough his 'A Game'.

Led by Bien, Sauti Sol entertained the massive crowd as they sang along to their hits. But Bien Baraza, aka Mr Steal Your Girl, left women yearning to have a piece of him.

Some women couldn't control their feelings for Bien and went ahead to throw their bras at him. The multitalented singer and dancer picked all the five bras thrown at him and wore them as he continued to perform.

Below are the comments

Taby So the women went home braless next will be their panties...but why ata kama ni emotions just contain urself.😊

Miss Vella Sauti Sol is the truth. What a performance.

Wacuka Sauti Sol are so great. Chilling performance. The greatest to ever exist. Ugh