'She was his third victim,' Eldoret residents speaks out on Emmah Wanyota murder 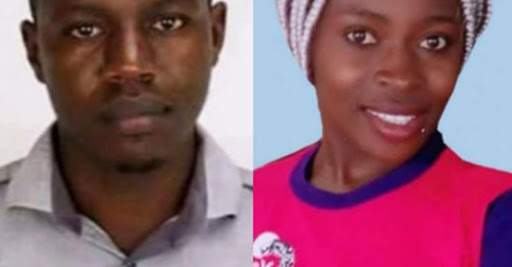 Residents of Eldoret have said that the man involved in the gruesome murder of 21-year-old Emmah Wanyota has killed more than once.

'This is the third woman he has killed. He normally befriends students who are in college or those who have just finished and later kills them by stabbing their private parts.'

According to reports Wanyota's mother became worried after finding blood at her house and her daughter missing.

Emma's body was dumped near her home but her hands and legs were missing.

Speaking about the incident, Sheila Wanyota, sister to the late Emmah said,

'My mum tried calling Mustafa given that he had threatened her daughter Emmah. Upon finding blood at home she decided to report to the police.

Mustafa then went to the police station after my mum and reported himself but did not tell things as they were.'

The resident yesterday clashed with the police after taking to the streets to protest the murder.

They engaged the police in running battles for hours before calm resumed.

Murders connected to love affairs gone sour have been in the increase and it's alarming that the government is doing nothing much about it.