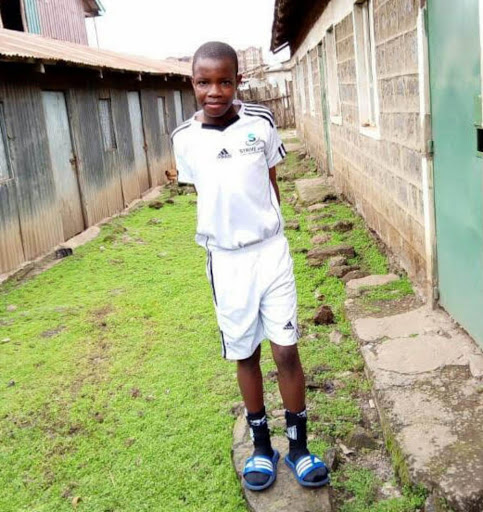 When the tragedy struck at Precious Talent School, Emma Brenda, Tedius Kinyanjui and Charity were trapped under the rubble.

The three pupils held hands. Over them were broken desks and rocks from a collapsed concrete slab. They prayed and sung that God would save them.

“After a while, Teddy, as Tedius was known, said he couldn't breathe. He complained of feeling suffocated and let go," Emma told the Star yesterday.

She and Charity survived the accident that killed eight of school mates on Monday morning at Ngando in Dagoretti South.

"A piece of the concrete slab that was hanging by the desk fell on him after he moved a little bit," Emma says.

Emma does not remember what happened after that and only woke up in the ambulance with her father on their way to Kenyatta National Hospital.

A sombre mood engulfed Teddy's family home on Tuesday when the Star visited.

His grandmother, Mary Wanjira sat at a corner of the small two-room house. About eight other guests had come to offer their condolences.

Stuck using black duct tape are memories on the wall capturing the life of the family and covered in white clear cloth.

Teddy lived his grandmother, his mother Regina Wanjiru and his 10-year-old sister Mary Wanjira named after the grandmother.

The 15-year-old had begun his education at Precious Talent School and had never gone beyond position three in class. He was the first position in the August exams.

"He was part of a local club that played at Ligi Ndogo pitch," Wanjira says.

A day before his death, Teddy had signed up to play a match after the school prayer meeting for Std 8 candidates.

He had attended the session with his mother, a casual labourer at Ngando.

However, Teddy was not able to attend the match because the session took longer than expected.

"She could not do much work apart from casual labour like washing clothes because she has epilepsy," Wanjira said. She (Wanjira) is the head of the family of four.

Ruth Wangui, his aunt, described Teddy as a wonderful child who was joyous, sociable and a mentor to his peers.

"He always talked to people and was very happy each time he came to buy tokens at my shop," a woman interjects.

Emma Brenda quietly sits next to her father Morris. He narrates how terrified he was to think he had lost his daughter.

"When we were at the Catholic dispensary and I didn't see her with her mother, I lost all energy and began to cry. It didn't matter who you were at that point, we were all crying," he said.

Morris tells us the school is visible from his house and when he couldn't see the roofing that morning, he feared the worst since his two children had left for school that morning.

Traumatised from the incident, Morris says Emma still has nightmares and will wake up calling his name.

Teddy's little sister is still in disbelief that her only brother is no more. The family hopes counselling will help her get over the loss.

"She cannot believe what happened because she loved him so much. They did everything together and he helped her with her schoolwork," Wanjira said.