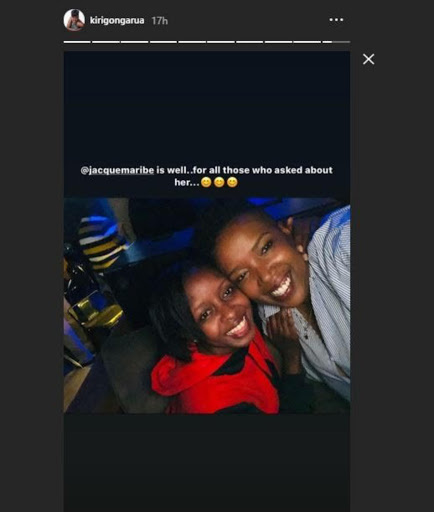 One of Jacque Maribe's BFFs has broken the silence on how she is fairing on after she resigned from her job at  Citizen TV.

Her former colleague Kirigo Ng’arua gave fans an update on Jacque Maribe, a few months after she resigned from Citizen TV.

Kirigo gave the update on her Instastories during a Q&A with her fans.

“@jacquemaribe is well..for all those who asked about her,” wrote Kirigo.

To prove that, Kirigo uploaded a photo taken with Jacque Maribe in which the two seemed to be on a a fun night out over the weekend.

This was five months ago.

Check out the insta stories screen grab below.