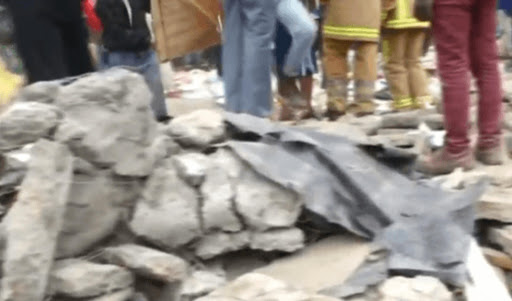 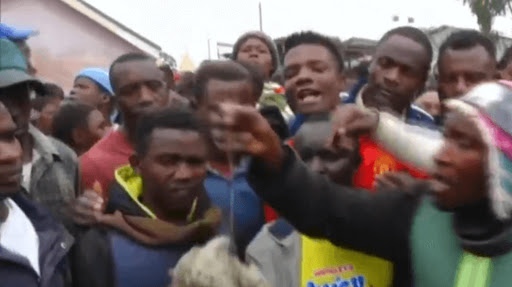 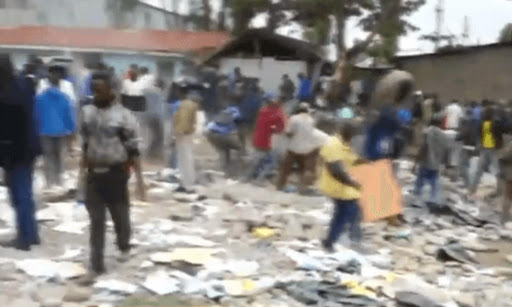 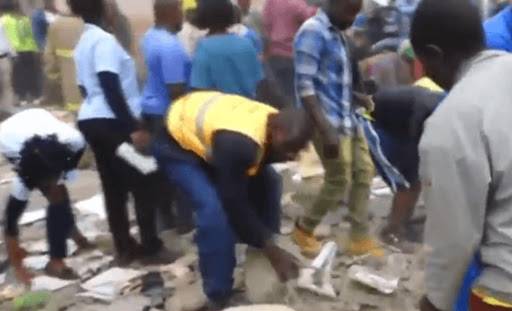 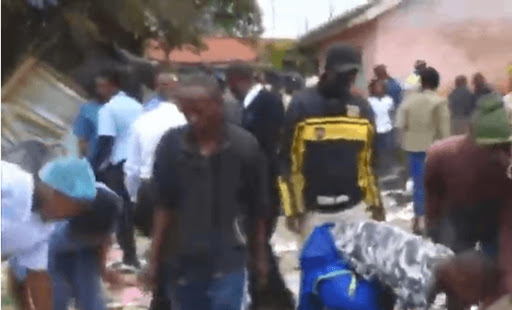 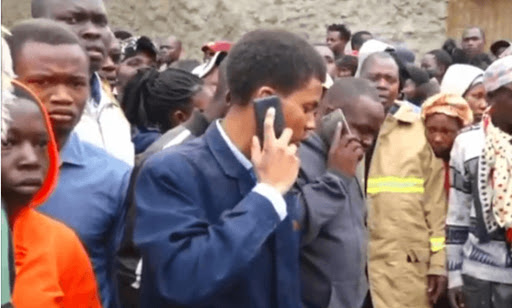 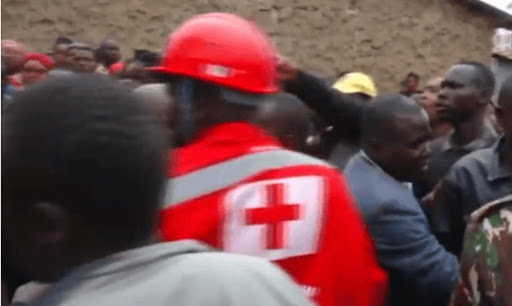 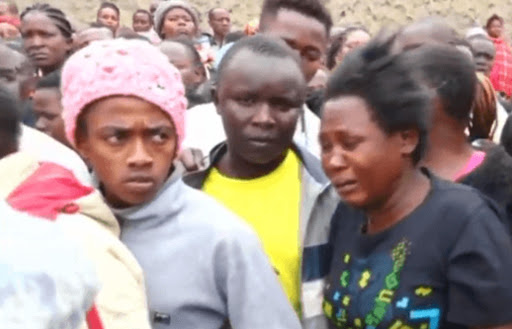 Today morning, classrooms at Precious Talent School collapsed taking students from the school with it.

According to reports, it was a two-story building that housed class 6, 7 and 8 pupils. It was made of iron sheets, wood and metal.

The school has over 200 pupils.

When news of the crumbled classrooms hit the headline, residents around Ngong Road rushed to the location to help out.

Parents of children in the school were very angry at the slow response rate.

Speaking to Citizen TV they said, "The classroom crumbled in the morning we called for help and no one came. This body (of a student) has been lying here since morning."

One bodaboda rider narrated how he had to carry one of the rescued pupils in his motorbike all the way to the hospital because there was no ambulance at the time.

So far only one body has been recovered from the rubble.

Here are photos from the scene of the collapsed classroom