'I am married to her,' Dan Sonko on his relationship with Michelle Ntalami 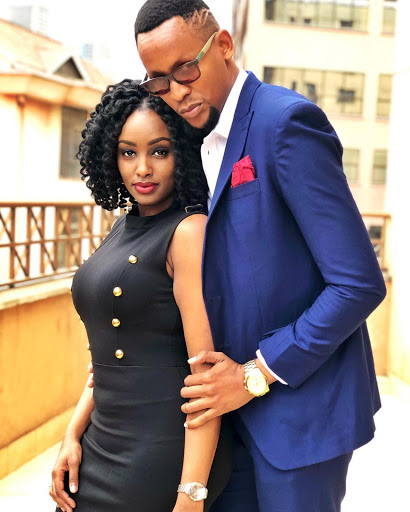 Mombasa based actor Dan Sonko has gotten tongues wagging after he alluded that his wagon may be hitched to that of Marini Natural's founder Michelle Ntalami.

It all started when a fan suggested to dan,

To which Dan Sonko responded,

'I am assuming you mean MIchelle Ntalami. She is an amazing human being .

We are married in business and I love my #BossLady to bits.'

Michelle responded asking Dan to actualize the rumors and marry her in a white wedding.

Dan lost his wife Dru Sonko after she suffered complications after giving birth to their second-born child Darrel Sonko.

Before Dru passed away Dan had taken to social media in search of people who could donate blood for his lovely wife who was fighting for her life in the ICU.

Dru has done a good job with his two sons Djibril and Darrel and we can't help but admire his efforts and dedication despite his loss.

They might not be a couple right now but they would make a cute couple.