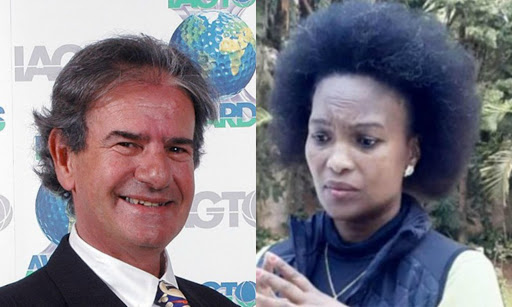 A few days before she was arrested in connection with her disappearance, Sarah Wairimu defended herself on her blog.

In a series of articles she published on her blog, Sarah said she had been through a lot this year. She talked about how she was criticized and judged over her husband's disappearance.

But on Friday, the body of her missing husband was found in an underground tank with his hands tied at the back.

There were indications that he was tortured.

Through her blog, she wrote,

My name is Sarah Wairimu Kamotho Cohen, wife to Tob Cohen. I am a proud mother of one, a loving wife, devoted daughter and sister, a happy home-maker and a hardworking, responsible Kenyan. I go about my affairs in a quiet manner, choosing to pursue my goals quietly and with grace and humility.

2019 has been a very challenging year for me, for a myriad of reasons. Over the past few weeks, I have faced unfair scrutiny and criticism about my life, and things have been said about me that have gravely affected me, and now compelled me to speak out and say the truth. I take no pleasure in exposing what should be my private affairs in public, but at the moment, I have no choice.

In this website, I speak my truth. Given what has been widely reported in the media and on the internet, it’s time for me to set the record straight. In here, I will tell my story and give evidence to support what I say.

Following the disappearance of my husband, Dutch businessman Tob Cohen on July 20th, 2019, there have been various reports indicating that I am somehow responsible for causing him harm. I believe this drawn-out narrative ... carefully orchestrated to portray me as the villain in this story...

I am here solely for one purpose: to clear my name, and present the facts as they are.