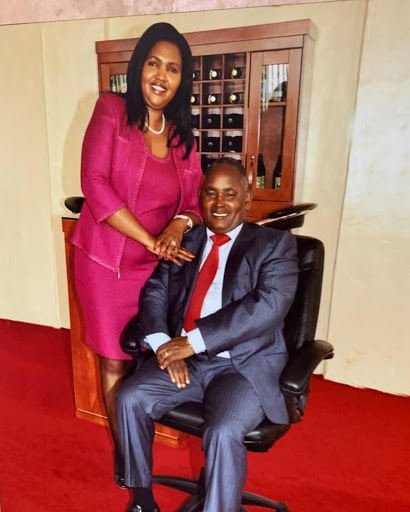 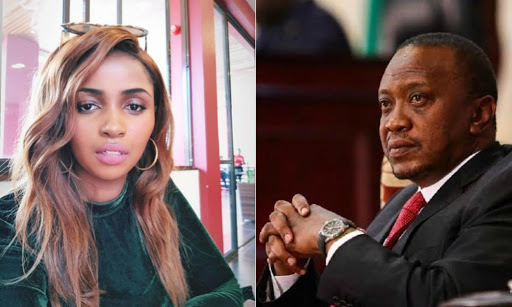 Keroche Breweries heir Anerlisa Muigai has penned a letter to President Uhuru Kenyatta after her parents were arrested for allegedly evading Sh14 billion in taxes.

Tabitha and her husband Joseph Karanja were arrested yesterday by the DCI detectives at the breweries' premises in Naivasha.

In a statement, DPP Noordin Haji said that the couple was found culpable of 10 counts of tax fraud.

Keroche directors released their statement saying that the DPP letter was baseless and was being unfairly targeted.

Anerlisa has been sharing powerful messages to show support to her parents and her latest read,

It doesn't matter what position you are in, nobody should ever watch their mother go through harassment.

Anerlisa, the daughter of the couple, has penned a letter to President Uhuru begging him to intervene in her parent's case.

Tabitha and Joseph Karanja are currently being held by the police and are expected to appear in court today.

rosenyasimi Just because you have the shorter end of the stick now you write to the president 😕 Why haven't you done it before?

jeff_huntblue Just pay tax and everything will be ok...the low-income Kenyans pay tax why not you!!!! with big firms..give us a break

bmbuvu Let all Kenyans pay tax, no one is special.kitaeleweka

martha.naomi Yes, and all the stakeholders concerned. I believe liquor sector is a major contributor of revenue through the heavy taxes imposed to this sector and source of employment...as part of agenda four..kindly protect our liquor manufacturing company and other businesses that are targeted by the said giant companies...

stevesizzla Just like as we buy a bottle of every drink it's taxed already, so you are happy when we pay those taxes but you pocket them instead of remitting it to the government. Lipa ushuru ujijenge. Do you even understand how mama mbogas' sukumawiki are kicked along the streets because of a 20 shillings kanjo tax??? #lipaushuru

carolbaraka Very soon we will not have any investors in this😰 country. The greedy and corrupt leaders are just allover fighting their own entrepreneurs. The level of unemployment will soon go high than ever before.😰😰

nails_successfulsue I have no problem with tax and the staff... My big question is after the Government has acquired all the tax returns from Kenyans who have struggled to be at the top and to help build employment to the youths...How is the Money handled at KRA?????? Billions end up in hungry idiots pockets...The way KRA harass people to file returns is the way they implement the same money to build Kenya, then We would be ranking at the top of Africa because Kenya is a rich nation.

sammias Let Keroche resolve the dispute with KRA and work out on a repayment schedule.