John DeMathew's message from the grave, 'You celebrate one when dead!' 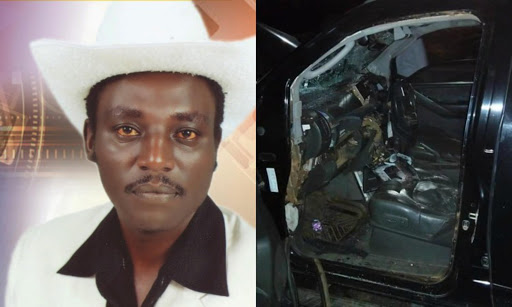 The speech was delivered weeks before his tragic death in a road accident along Thika Road.

In a video circulating online, DeMathew did not have kind words for media, government and politicians.

His excellency is a witness that we fight a lot so that they can sit on those political seats. After that people say De Mathew, Wa Esther and other artistes were fighting for the country because they love it. The government is not entirely to blame,the media is to blame also.

According to the late DeMathew, the media does not celebrate one enough when alive.

We are not happy that as media houses, you announce so much about a person when they are dead and really play his/her songs. Yet  when one is alive the songs don't get enough airplay.

DeMathew went on to advise Kenyans to appreciate a person when they are alive rather than wait for them to die so as to heap praise on them.

My message to politicians is, today you have been given a challenge by Muranga governor to come and work with him now that we are alive. We don't want to work with people when we are dead.

I fear the day my daughter Shiku will ask me 'How comes you never have money yet you walk with governor Mwangi Wa Iria and Uhuru Kenyatta?'.