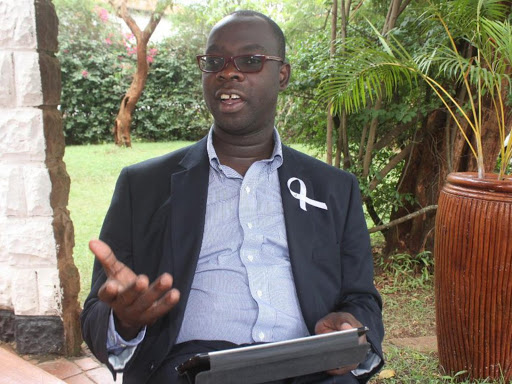 The entire nation is still in shock after the passing on of Kibra MP Ken Okoth.

The two-time parliamentarian was diagnosed with colorectal cancer in 2017 and lost the battle on July 26.

Colorectal cancer is also known as colon cancer. It is the development of cancer from the colon or rectum (parts of the large intestine)

On Friday, Ken, who had been put on a life support machine at the Nairobi hospital asked to be removed from the machines.

He asked to be removed from the life-support machine and as a family we had no option, we gave in to his demands.' a close member to his family said.

Let me go, goodbye and I love you.

Ken publicly announced that he was battling colorectal cancer on social media in February this year.

On March 12 this year, he shared a message that left many touched.

He attended Kibra Music Festival early this month, where he expressed his gratitude to everyone who stood by him.

Okoth was a brave fighter and many have eulogized him a great leader, who will never be replaced.

Below are some of the messages of condolences from Kenyan leaders.

President Uhuru Kenyatta: It is with a heavy heart that I have received the sad news of the passing away of the Hon. Kenneth Okoth, MP for Kibra Constituency. May God the Almighty comfort his family, friends, relatives, constituents and indeed all Kenyans during this difficult period of mourning.

Raila Odinga: Raila Odinga I'm deeply saddened by the passing of our MP Hon. @okothkenneth Ken battled cancer with unique bravery while serving his voters to the last minutes of his life. May God grant peace and strength to his family and may he Rest In Peace.