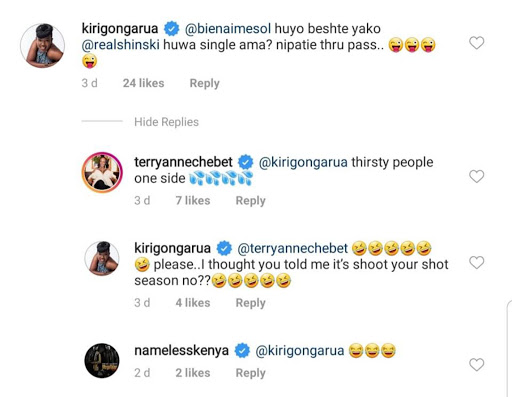 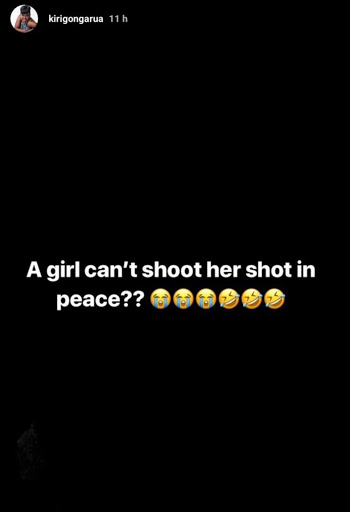 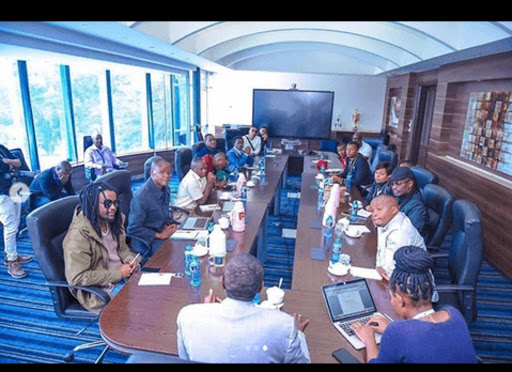 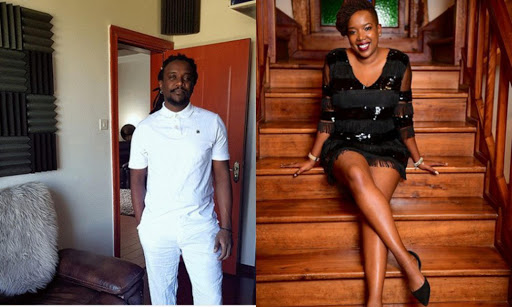 Former Citizen TV presenter Kirigo Ngarua is yearning to have a piece of artiste Nyashinski.

Kirigo has begged Saut Sol's Bien Baraza to hook her up with the Kenyan rap heartthrob.

Ngarua commented on a photo Bien had shared. Her comment caught many by surprise among them her BFF Terryanne Chebet.

She later told cock blockers to let her prosper.

Nyashiski has always kept his private life under wraps and back in 2017 he was dating a city businesswoman identified as Zia Bett.

The photo was taken during a meeting between top local artistes and a group of government officials.

The Sauti Sol vocalist said the meeting was for the good of future generations,

I hope one day the future generations will thank us for this. I'd like to thank my fellow artists for allowing us to be part of this,' he posted.

Many conquered with Baraza and their comments include;

terryannechebet True! Be the shoulders that the future artists will stand on. Looks like something great is in the works! 🔥🔥 Looking forward.

kenbaromusic A true legend stands f something. This is good guys!!!

isaiahsiegel Whatever the content was, I see serious people.